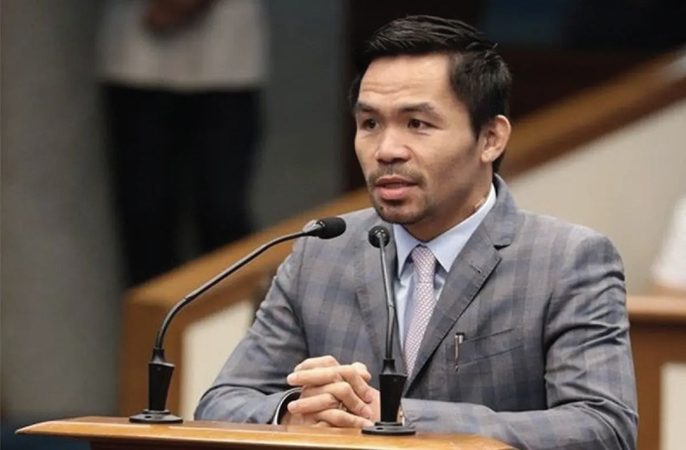 MANILA, Philippines — Much as the Philippines would like to knock out COVID-19, which has brought the economy to a recession, the country’s chief economic manager urged prudence in public spending in case of a protracted pandemic.

“When Sen. Pacquiao trains for a fight, he prepares for 12 grueling rounds,” Finance Secretary Carlos Dominguez III said in a statement.

“As there can be no knock-out punch that cuts our fight short before a vaccine is developed, the government’s ability to sustain the fight depends on our fiscal stamina. We have the resources necessary to endure this challenge, but we must also conserve our resources for succeeding rounds of this fight,” he added.

The Department of Health’s data suggests there are several rounds more to go as it tallied 4,226 new COVID-19 cases on Saturday, bringing the total count to 126,885.

The death toll also increased to 2,209 as 41 more patients succumbed to the severe respiratory disease.

Dominguez said the P140 to P165-billion stimulus package under the envisioned Bayanihan to Recover as One Law, the record P4.5-trillion national budget for 2021 and the Duterte administration’s sustained investments in infrastructure were designed to hasten recovery.

While critics complained that the stimulus package was too small to recover the trillions of pesos in economic losses and the millions of jobs lost, Dominguez said Bayanihan 2 included “targeted support for unemployed individuals and the hardest-hit strategic industries.”

Moreover, the package will also be complemented by the passage of the pending Corporate Recovery and Tax Incentives for Enterprises (Create) bill, which will slash corporate income tax from 30 percent—the biggest in Southeast Asia—to 25 percent, retroactively effective to July.

Foregone revenues from the lower tax rates under Create had been estimated to reach P42 billion this year—tax savings which Dominguez hopes would be reinvested by firms to revive their operations.

“The economy is in good shape to mount a strong recovery soon enough, given the positive metrics—such as benign inflation, a peso that is the strongest currency in Asia and high-investment grade credit profile that has enabled us to borrow money here and abroad at relatively lower cost,” he added.