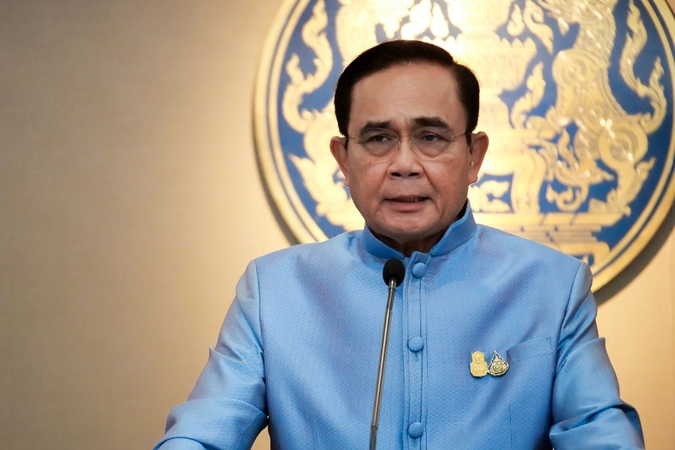 Prime Minister Prayut Chan-o-cha called on anti-government groups to consider putting off plans to hold rallies at least until the Covid-19 outbreak is over.

He added that Thais should unite in ending the Covid-19 crisis before focusing on political issues.

He made this appeal in a televised address on Thursday (September 17) evening.

Anti-government groups have been planning to hold a major rally in Bangkok on Saturday to demand amendments to the charter, dissolution of the House and an end to intimidation of government critics.

Prayut said rallies at this time would put Thailand at the risk of a second wave of Covid-19 infections, which would affect the livelihoods of more than 10 million people and further exacerbate the economic situation. He warned that people should not do anything that would prompt another lockdown.

The prime minister said he has heard protesters’ call for changes, adding, “I respect your opinions, but today Thailand is feeling the pain that we have to urgently tackle first, and that is to mitigate the economic losses brought on by the outbreak. We should not worsen the situation.”

Prayut also warned that political unrest would delay economic recovery, as it would dent investors’ confidence and deter tourists from visiting Thailand once the borders are open. Rallies will also shift the government’s focus from solving economic problems.

He explained that many places are already experiencing a second wave of infections, but Thailand has been able to successfully curb transmissions thanks to the collaboration of related parties.