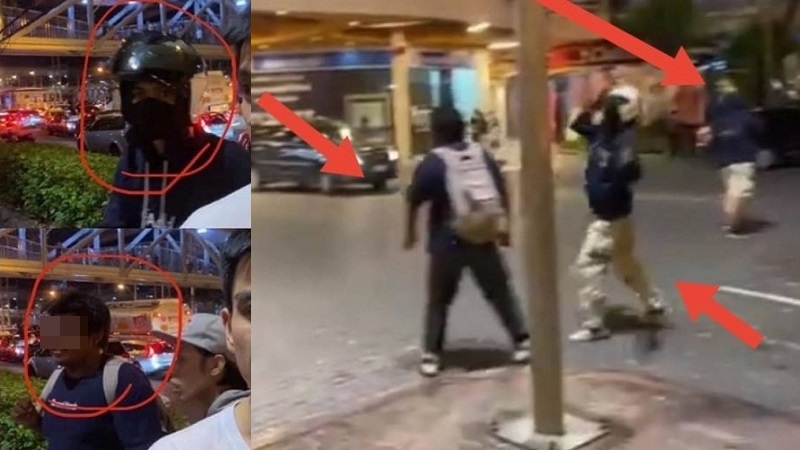 While the police are putting Wednesday night’s shooting down to pro-democracy protesters, Thai netizens have connected the dots and found that the offenders were royalists.

Deputy Metropolitan Police Bureau commissioner Piya Tawichai issued a statement on Thursday blaming Ratsadon guards for the shooting and injuries at the protest site on Wednesday.

However, refusing to accept the claim, protesters collected footage at the scene until they found the faces of the offenders.

These offenders had allegedly taken photographs claiming they supported the pro-democracy movement, but netizens compared these faces and found they matched those of royalists.

Meanwhile, Thairath TV has apologised for blindly accepting the police statement and reporting it was the pro-democracy protesters who generated the violence.

Netizens have told media to be more careful when reporting, saying misinformation will only lead to unnecessary damage.

Separately, Prime Minister Prayut Chan-o-cha has ordered an investigation into the shooting, saying the government may be blamed for the attack as the authorities were only tasked with maintaining peace in the rally.