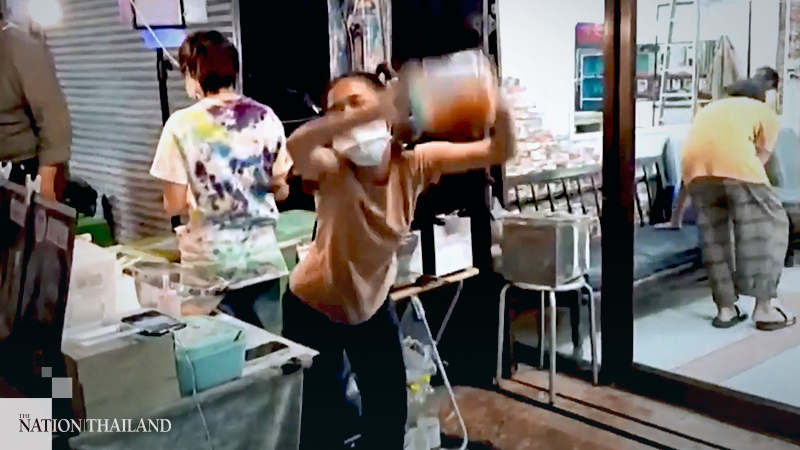 The French Fries Kayao (Shake French Fries) stall is set up inside a barbershop in Soi Charansanitwong 35 in the capital’s Bangkok Noi district. The fries are served from 5pm to 11pm daily.

Frying up the snack is 23-year-old Thanaporn Mungkornkaew, who used to sell clothes with her friend.

Since sales fell due to the Covid-19 outbreak, she decided to sell fries instead.

Her stall became popular when she posted a clip of her dancing on Tik Tok.

One day she began dancing out of boredom, and a customer captured it on his phone.

Thanaporn then asked the customer for the clip and uploaded it to Tik Tok, which made her and her fries a hit.