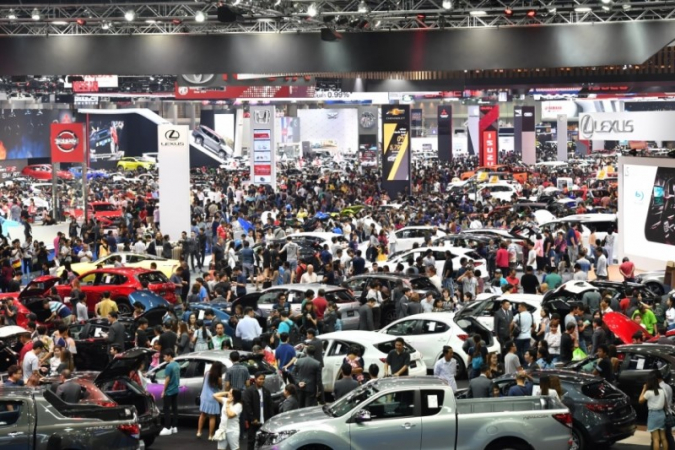 The Department of Land Transport (DLT) says the number of new vehicles registered with red licence (temporary) number plates reached 1.61 million in the first half of 2019.

Categories that top the chart were motorcycles and private cars seating less than 7 passengers.

Jantira Buruspat, Deputy Director-General of the DLT, said the number of new vehicles registered from January to June was about the same as the first half of last year but the number of registered passenger cars seating less than 7 went up by 8 per cent to 405,000 and pick-up trucks also saw a 6 per cent increase to 149,000.

Motorcycles were still the most registered type of vehicle but at 971,000 they were 4 per cent down on 2018.

The DLT also released data for the number of accumulated registered vehicles in Thailand at the end of June.

“To facilitate the registration process at the DLT, we recommend vehicle retailers to provide buyers with a complete set of the necessary documents,” said Jantira.

“Also, car buyers need to know the conditions and regulations regarding the use of red licence plate vehicles. Red license plates can be used temporarily for only 30 days after they received their vehicles and must be accompanied by the vehicle booklet issued by the DLT.”

Ashe added that those violating the rules would be subject to a maximum fine of Bt10,000.