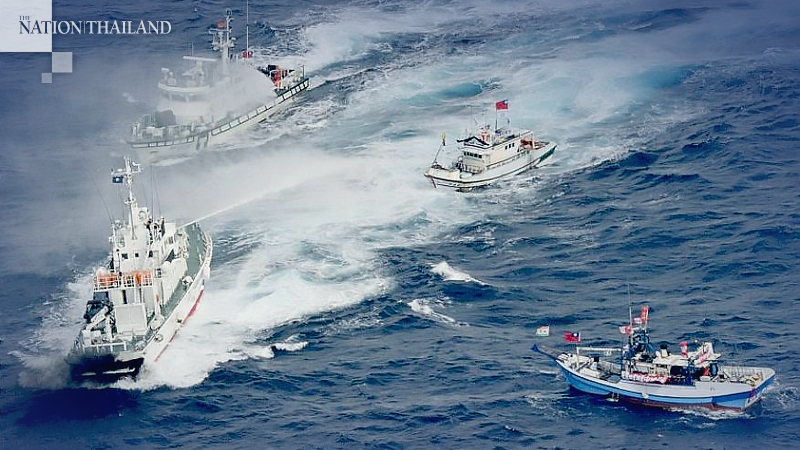 As virus dies down, fever flares up in South China Sea

Asean has been urged to reassert its regional centrality during the lull in divisive tensions over South China Sea territory, as the world is kept busy by the Covid-19 pandemic.

In December, Malaysia triggered fresh disputes by filing a claim with the UN to extend its maritime territory, clashing with rival claims of the Philippines and Vietnam and also brought China onto the scene.
Malaysia’s submission to the UN Commission on the Limits of the Continental Shelf (CLCS) sought to extend the limits of its continental shelf beyond the 200-nautical-mile baseline by which territorial seas are measured as per the 1982 United Nations Convention on the Law of the Sea (UNCLOS).
“This is a partial submission for the remaining portion of the continental shelf of Malaysia beyond 200 nautical miles in the northern part of the South China Sea. Malaysia and Vietnam had on 6 May 2009 made a joint submission for a portion of the two States’ continental shelf, in the southern part of the South China Sea”, read the submission.
A map attached to the submission showed that the continental shelf claimed by Kuala Lumpur covers central swathes of the sea north of Malaysian Borneo, which is adjacent to Vietnam’s central coastal waters and the Philippines.
China, which claims about 90 percent of the sea, responded immediately with a diplomatic note to the UN that said: “China has internal waters, territorial sea and a contiguous zone based on its Nanhai Zhudao [the South China Sea islands]. China has an exclusive economic zone and continental shelf. China has historic rights in the South China Sea.”
The note went on to say that “the Chinese government seriously requests that the commission not consider the submission by Malaysia”.
The Philippines, on March 3, presented two diplomatic notes to the Commission. The first concerned Malaysia’s submission and asked the CLCS to follow its own procedures on “submissions in case of a dispute between States with opposite or adjacent coasts or in other cases of unresolved land or maritime disputes”.
The second considered “China’s positions as inconsistent with international law, including the UNCLOS, which comprehensively allocates maritime rights to States”.
The move was challenged by China, which submitted a second communication note to reject the Philippines’ position.
Vietnam then submitted a statement emphasising its strong commitment to international law and a rule-based order. Hanoi claimed, in a diplomatic note to the Commission, that it possessed historic and legal evidence of its sovereignty over the “Truong Sa” (Paracel) and “Hoang Sa” (Spratly) archipelagos.
Its diplomatic notes dated March 30 stated that as “between Vietnam and China, the 1982 UNCLOS provides the sole legal basis for and defines in a comprehensive and exhaustive manner the scope of their respective maritime entitlements” in the South China Sea – which Hanoi calls the East Sea.
Vietnam also opposed any maritime claims in the South China Sea that exceed the limits defined by UNCLOS, including claims to historic rights made by Beijing.
We did not have to wait long for the predictable pushback from Beijing, made in a third note in mid-April.
The South China Sea has drawn plenty of regional and international attention and diplomatic efforts for decades. Now, the CLCS says Malaysia’s partial submission will be included in the provisional agenda of the 53rd session of the Commission, to be held in New York from July 6 to August 21, 2021. This schedule offers plenty of time for more legalistic exchanges among claimants.
Many regional analysts note that, if not managed properly, this flashpoint may lead to miscalculation that teeters out of control into a regional flare-up. To maintain peace and stability in the region, it is thus crucial that every stakeholder, whether a global or regional power, must enshrine their commitment to international law and a rule-based order.
South China Sea issues should be addressed through peaceful solutions on the basis of 1982 UN Convention on the Law of the Sea, the key and perhaps sole legal basis by which the conflicting maritime territorial claims can be resolved, said Robin Ramcharan, executive director of Asia Centre, and a professor of international relations and law at Webster University Thailand.
The past few months of exchanges at the UN body came after Asean member states and China concluded the first reading of their draft code of conduct (COC) in the South China Sea last year.
This should be a legal basis, in line with international law including UNCLOS 1982, for maintaining order and preventing miscalculations in the region. With potential obstacles ahead, we may have a long way to go before we see a binding COC. To stay on the right track, said Ramcharan, the bloc must preserve Asean centrality by speaking with a single voice in ongoing negotiations.