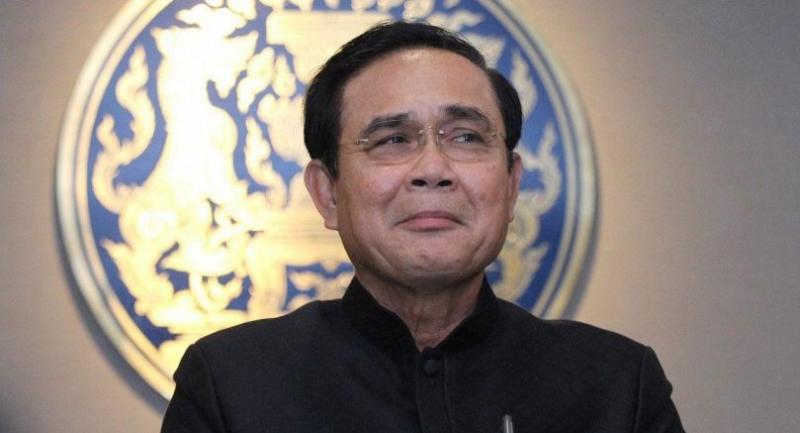 HALFWAY THROUGH the week for them to submit their PM candidate lists, most political parties have lined up to report their choices to the Electoral Commission (EC), except for the closely watched Democrat and Phalang Pracharat parties.

It is highly likely that Democrat leader Abhisit Vejjajiva will be the one and only prime-minister candidate for that party, though the list had yet to be officially submitted.

But pro-junta Phalang Pracharat, has seen their preferred candidate, Prime Minister Prayut Chan-o-cha, publicly claiming to be undecided, suggesting at least the possibility that the party could be left high and dry.

As of yesterday, junta leader General Prayut had not made up his mind about heading Phalang Pracharat’s ticket, along with two other PM candidates. He yesterday reiterated that he had until this Friday to make the decision.

Phalang Pracharat’s executives yesterday could not affirm that Prayut would say yes.

Its leader, Uttama Savanayana, who is a PM candidate for the party, said he respected Prayut’s decision. While he declined to say how much confidence he has that Prayut would accept the offer, Uttama said he remained hopeful of a positive answer.

Uttama also insisted that the pro-junta party was here to stay for the long term.

The general view among pundits is that the party would lose a key selling point if it lost Prayut as its premier candidate. Yet Uttama said its survival was did not hinge on one person.

Separately, the party’s secretary-general Sontirat Sontijirawong said yesterday the party has a Plan B in the event that Prayut declined the invitation.

“If General Prayut rejects it, we are prepared for all scenarios,” Sontirat said.

Phalang Pracharat will submit its party-list MP candidates to the EC today, he said. But he was uncertain about submitting the PM candidate list, saying the party had until Friday to complete everything.

Meanwhile, most parties believed to be likely members of the future governing coalition or opposition have already submitted their PM candidate list to the EC.

Future Forward, a pro-democracy party popular among younger voters, named only its leader, Thanathorn Juangroongruangkit, to contest for the government’s top job.

Bhumjaithai, a medium-sized parties said to be a significant determining factor in the poll, also declared only its leader, Anutin Charnvirakul, to run at the top of the ticket.

Most eyes are now on Phalang Pracharat and Prayut’s decision.

No matter whether Prayut says yes or no to their invitation, the move could pose issues for Phalang Pracharat, he said.

For one thing, it could be the party’s Achilles’ heel, he said.

“Other parties could use the nomination for their campaign,” the expert pointed out. “They can tell voters to choose them [instead] if voters don’t want Prayut back in the government again.”

Prayut’s and the junta’s image is no longer as clean as it was when it took power in 2014, Yuttaporn said. They have issues such as the luxury watches involving the junta’s No 2, Prawit Wongsuwan, that remain questions in the minds of the public, he added.

However, even if Prayut now rejected the party’s invitation, he could return as an outside PM, Yuttaporn stressed.

Phalang Pracharat could exploit that to campaign if they felt a strong need to use the junta’s name to gain popularity, he said.