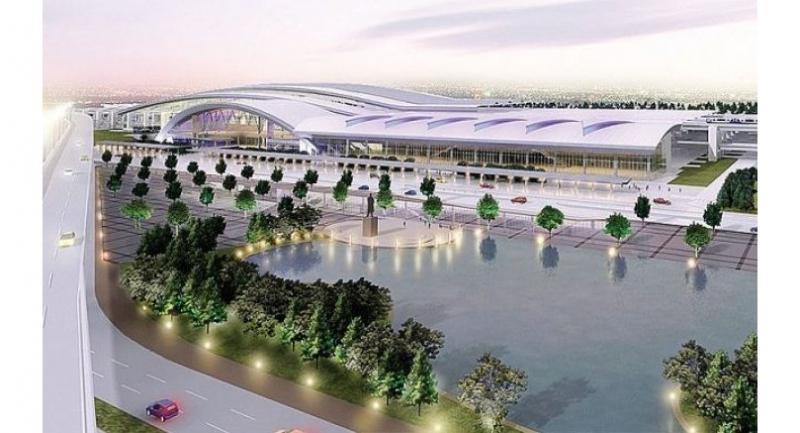 Riding on the grand station plan

The surrounding areas of Bang Sue-Bang Pho interchange have become the latest destination of property companies amid high confidence in the government’s plan to develop Bang Sue as a grand station for rail transport systems in Bangkok.
According to a survey by The Nation, 11 developers are launching 17 projects worth a total of Bt47.18 billion between 2015 and the final quarter of this year. Of the 13,819 units, many have been sold and transferred to buyers while others will be handed over between 2019 and 2020. Some developers have reported sales of over 70 per cent of their respective project’s value.

Pruksa Real Estate Plc’s chief executive officer/premium market Prasert Taedullayasatit said the company had launched condominium projects in the areas of Bang SueBang Pho interchange in view of the government’s policy for Bang Sue.
“We expect strong demand from home-buyers for residential units in Bang Sue, Bang Pho and Tao Poon due to their proximity to the mass transit routes and workplaces,” he said, adding that all units in the company’s condominiums have been sold.
Chewathai Plc also launched condominiums in the areas, foreseeing an inflow of commercial activities and new residents to the locations, said managing director Boon Choon Kiet.
“We have got over our initial concerns on the projects’ locations. Bang Sue and Bang Pho were the right choices,” Boon said.
Transport Minister Arkhom Termpittayapaisith said the State Railway of Thailand (SRT) had earlier submitted a plan to develop a multi-complex on a 2,325rai plot in Bang Sue, comprising commercial and residential buildings, a sports arena and an international exhibition centre.
“We expected the grand-station plan in Bang Sue to cost more than Bt150 billion. It will create a new central business district (CBD) in Bangkok,” he said, adding that infrastructure development for the transport hub at Bang Sue calls for an additional investment of Bt47 billion.
According to the master plan, the first phase entails development of the grand station as well as commercial and office buildings linked to the transport hub from 2017 to 2024.
The second phase involves development of a complex for Meetings, Incentive Travel, Conventions, Exhibitions (MICE) events, a sports arena as well as retail, office and residential properties around the station from 2024 to 2029. In the third phase, more housing projects will start from 2029 to 2031. The master plan was drafted by the Transport Ministry and its Japanese adviser.
The Grand Station plan will create a new CBD in Bangkok, in addition to Sukhumvit and Silom. It will be a key hub for Bangkok’s mass transit systems, connecting all existing rail networks such as BTS Skytrain, the MRT, the Airport Rail Link as well as 10 planned rail systems and three high speed routes: Bangkok Nong Kai, Bangkok Chiang Mai, and the high-speed rail service linking Suvanabhumi, Don Muang, and U-tapao international airports.
The project is divided into seven zones, covering a total of 2,325 rais in and around Bang Sue district. Zone A is planned for the development of a 32-rai smart business complex, which will open for private bidding this year. Zone B will be the Asean Commercial Business Hub with retail and office space. Zone C will house the MICE Super Arena, a exhibition hall and a sport complex. Zone D covers the 83-rai Chatuchak Park and Chatuchak Weekend Market. Zone E is earmarked for public and state agency offices. Zone F will be the site of a shopping mall while Zone G will be a residential area covering 360 rai.
The Transport Minister is negotiating with PTT Plc on the supply of green energy for the mega-project. A telecommunication system will also be developed under the smart city concept, Arkhom said.
The government will invest in infrastructure while private-sector bids will be called for the development of commercial areas under the public-private partnerships (PPP) scheme, starting with the Smart Business Complex in Zone A, “ Arkhom said.
We will set the terms of reference (TOR) for bids to be called before the year-end, he added.
According to a survey by properฌty agency Knight Frank (Thailand), a total of 32,000 condominium units worth Bt100 billion were put on sales in the first quarter with up to 95 per cent sold.
Knight Frank (Thailand) managing director Phanom Kanjanathiemthao said condominium prices in Bang Sue increased by 18.42 per cent from an average of Bt95,000 per square metre in 2017 to Bt112,500 in the first quarter of this year. At the same time, land prices in the areas jumped 80 per cent from an average of Bt250,000 per square wah five years ago to Bt450,000 as of the end of 2017.
“We believe that if the Bang Sue Grand Station project proceeds in line with the master plan, it will drive the demand for residential properties in the location,” Phanom said. “However, the government also needs to develop a road system to link with the rail routes for Bang Sue to become a new CBD in Bangkok,” he added.