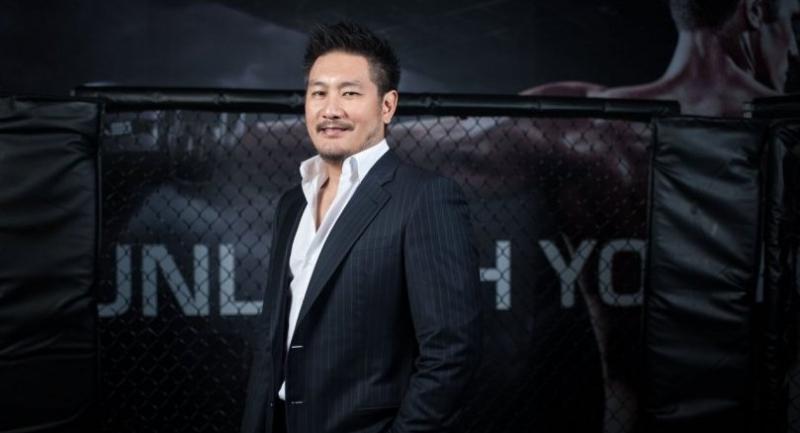 2017 has been a phenomenal year for sports in Asia, and the past 12 months have really been a treat for sports fans in general. These 10 big names have led their respective organizations with unparalleled passion and business sense. Let’s examine the 10 Most Influential Sports Leaders in Asia in 2017 according to ABS-CBN from the Philippines.

Gianni Infantino is a football administrator and the current President of FIFA.

The FIFA World Cup is an international football association and tournament held every four years. Men’s football is arguably the most popular sport in the entire world and the same is true for Asia. The sport retains large numbers in viewership and will continue to do so in the foreseeable future. Countries like Singapore, Korea and Australia all follow football religiously.

The NBA is the world’s premiere Basketball proving ground, with the sport’s best players competing in a league comprising of 30 teams. Basketball is an immensely popular sport in Asian nations such as China, the Philippines, and Japan, among others. The NBA holds offseason and exhibition overseas games -- games played outside of the United States -- every so often, to bring the top brand of Basketball to Asia. When billionaire Chatri Sityodtong came up with the idea for ONE Championship, he envisioned the entire Asia comprised of over 4-billion people united under a single sport. The inspirational Chairman and CEO of ONE has led an amazing group of professionals in harnessing the power of martial arts.

ONE Championship has achieved tremendous success since its establishment in 2011. Martial arts is considered a Pan-Asian sport and for the first time in Asian history, it is a sport that has transcended regional and cultural boundaries. Currently, ONE is considered the largest global sports media property in Asian history. Today, ONE Championship is broadcast to over one billion viewers in over 128 countries across the globe.

Aleksander Ceferin heads UEFA as its President, an annual football competition, unlike FIFA which is only held every four years.

The Union of European Football Associations (UEFA) is one of the most prestigious football tournaments in the world and is participated by top-division European football clubs. Although it does not consist of Asian teams, UEFA remains popular among the Asian people due to the popularity of football as a sport.

Having been President of FIBA since 2014, Horacio Muratore has continued to develop the sport of basketball, not just in Asia, but in the entire world.

The FIBA Basketball World Cup was established in 1950 and is an international basketball competition held every four years since its inaugural year. It also has popular variations in the FIBA Asia Championships and FIBA EuroBasket.

The next tournament is scheduled for Beijing, China in 2019. Basketball’s popularity in Asia remains concentrated in the Philippines, Taiwan and China where the sport enjoys a very strong and faithful following.

Although Bernie Ecclestone, Formula One’s colorful chief executive remains at the helm of business operations, new owner American billionaire John Malone purchased the company in early 2017 and has since continued to deliver fans heart-pumping auto-racing action as its owner.

Formula One, also known as Formula 1 or simply as F1, is the highest class of single-seater international auto-racing tournament in the world. Held in different variations depending on the region, the races are held regularly on an annual basis on purpose-built F1 circuits or public roads.

Heman Amin has been a part of the BCCI, which governs the Vivo Indian Premier League, for the past seven years.

The IPL is a professional Twenty20 cricket league established in India which is held every April and May of every year. Cricket is by far the most popular sport in India. Although a relatively new organization, having been established as recently as 2008, the IPL is one of the fastest growing sports media properties in Asia.

It is currently valued at US$1.6 billion which is a monumental achievement for such a young property.

The Chinese Basketball Association, more popularly known as the CBA, is the top Men’s Basketball league in mainland China. Some Chinese players who competed in the CBA have transitioned over to the NBA throughout history, names such as Wang Zhizhi, Mengke Bateer, Yi Jianlian, Sun Yue, and Yao Ming himself. Conversely, a handful of NBA veterans have also seen action on CBA courts as imports, including Stephon Marbury, Tracy McGrady, Gilbert Arenas, Steve Francis, and Metta World Peace a.k.a. Ron Artest.

China has a burgeoning football obsession, with support from Chinese President Xi Jinping himself who is helping to develop the sport. Cai Zhenhua is the current President of the Chinese Football Association, which governs the sport in China.

China’s passion for football is manifest in the Chinese Super League (CSL), which is the highest tier of professional football in the country. With a season that starts in March and ends mid-November, the CSL features 16 football clubs in its current season. The league, the largest in China, now operates under the management of the Chinese Football Association. The current champions are the Guangzhou Evergrande.

With the recent resignation of former Philippine Basketball Association (PBA) head Chito Narvasa, Ricky Vargas of Talk N’ Text will assume the role of Chairman of the PBA Board of Governors.

Basketball is a wildly popular sport in the Philippines, and perhaps the most widely played in the entire country. The premiere proving ground of men’s professional basketball in the Philippines is the PBA, which owns the distinction of being the first professional basketball league in Asia, and the second-oldest continuously existing league in the world apart from the National Basketball Association (NBA).

The PBA played its first game in 1975, and today fuels a hoop-crazy nation that loves its basketball.

Tags:
10 Most Influential Sports Leaders in Asia in 2017 according to ABS-CBN from the Philippines One CEO