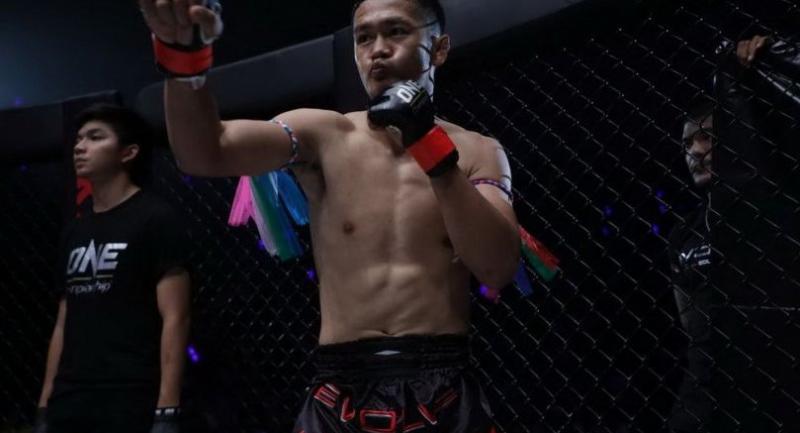 WITH OVER 250 professional bouts under his belt, muay thai icon Tukkatatong Petpayathai is undoubtedly one of the best in the world in his chosen craft, and he has his father to thank for introducing him to that world.

Growing up in the quiet province of Buri Ram, Tukkatatong says life was pretty simple when he was growing up.

“My life was a normal country kid’s life. I spent my time playing with friends and being naughty. I was quite misbehaved as a kid,” he says.

Tukkatatong’s father, who was a local government representative, was a fan of the discipline famously known as “the art of eight limbs”, and soon, it became more than just something that he would watch on the television.

“My dad was a big muay thai fan. He used to watch all the fights on television. That is how I got introduced to muay thai,” says Tukkatatong. “I would watch the fights with him, and I became a fan. One day, my dad bought some gloves and a bag for us to mess around with.”

It wasn’t long before Tukkatatong decided to dedicate himself to the Thai martial art, and by age 10 he was already competing.

Eventually, Tukkatatong decided to make the jump to the big city to further his progress as a martial artist.

“I had my first fight when I was 10 – I was in the fourth grade. After fighting for a few years in the provinces, I relocated to Bangkok at the age of 13 and moved to the Kiatpetch Gym,” he says.

Like all dedicated martial artists do, Tukkatatong found success. But it was not all smooth sailing for the 30-year old Thai kickboxer, as he ran into some tough times that ultimately forced him to make competing in muay thai his career.

Tukkatatong’s family ran into a severe financial crisis after his father blew almost all his money in failed election bid in Buri Ram.

The election campaign left Tukkatatong and his family penniless.

“The hardest time of my life was when my family lost all our money,” he recalls. “My dad was up for re-election for the local government. He spent a lot of money on his campaign, but he lost the election. It was extremely difficult for everyone.”

Tukkatatong went back home to Buri Ram to ponder his future as a competitor, but seeing his family in dire financial straits, it was clear what he had to do.

“Once my family went bankrupt, I decided I had to return to fight and help the family out with money,” he said.

The rest, as they say, is history. “I am most proud of my Channel 7 stadium belts,” he stated. “My proudest win was when I beat Ninmongkon, as he was the top fighter then.”

At the “One: Spirit of a Warrior” event in Yangon last June, Tukkatatong made his debut on what he calls the biggest stage he has been on – the One Championship’s One Super Series.

“The One Championship is the biggest stage I have ever fought on,” he said proudly. “There are so many people following One around the world.”

Without his perseverance and will, Tukkatatong would not have achieved iconic status in Thailand.

Once again, he has his father to thank for showing him what it means to not give up.

“Seeing my dad continue to fight and refusing to give up taught me that you can overcome anything, as long as you keep fighting. I carry this with me today. I refuse to give up,” he stressed.

At “One: Beyond the Horizon” on Saturday, Tukkatatong will once more try to overcome another challenge as he faces former Lion Fight lightweight world champion Ognjen Topic in a One Super Series bantamweight muay thai contest.

Currently based in Singapore and working as an instructor at Evolve MMA, Tukkatatong is motivated by the success that his colleagues have achieved on the One Championship stage.

“All my muay thai world champion teammates at Evolve MMA have performed so well so far in the One Super Series. I look forward to putting on a show too,” he declared.