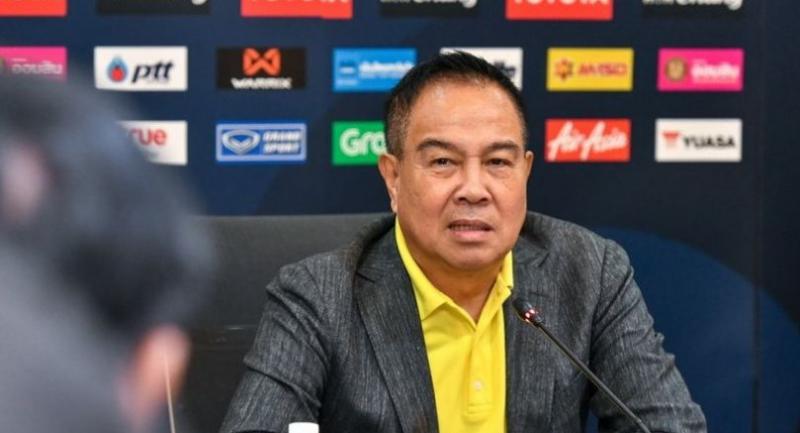 Football Association of Thailand president Somyot Pooompanmoung is urging the national team not to underestimate their rivals in the 47th King’s Cup next month.

Somyot says the four-team exhibition event at the Chang Arena in Buriram will bea good test for his side and a chance to restore faith among Thai fans.

Thailand will play the No 1 Asean team Vietnam at 7.45pm on June 5 after the opening match between Curacao and India. The winners will meet in the final three days later.

“All three visiting teams have better world rankings than ours,” said Somyot during a weekly meeting at the FAT headquarters in Hua Mark. “That will be the challenge that we cannot overlook.”

Somyot also believes that players have enough time to train and prepare for the tournament and should be which ready to prove they can battle with any team.

“This is a good opportunity for the players to prove how ready and fresh they are when they face tough teams. Their determination together with the fans’ support, should drive them to create good results.”

Caretaker coach Sirisak Yodyadthai, meanwhile, insists that he needs striker Teerasil Dangda as he lacks other option up front – Teerasil’s club Muangthong United had asked him not to pick their players because they were in a slump and had spiralled down the Thai League.

“We are short of good forwards. That’s why I really had to call up Teerasil,” said Sirisak. “I believe his experience with Frecce Hiroshima [in the J-League] from last year will be very useful for us.”

A total of 35 players, including four from Muangthong, have been called by Sirisak, who will cut the squad to 23 on May 27.