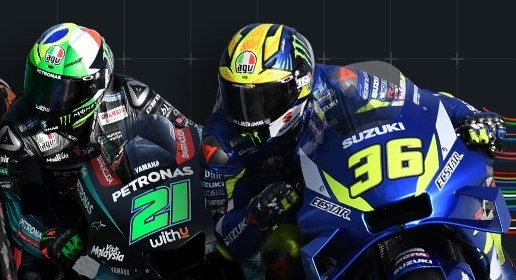 A new agreement secures the future of the vital relationship between Dorna Sports, IRTA and MotoGP™ class Independent Teams for at least another five years

Dorna Sports announced the signing of a new five-year agreement with IRTA and MotoGP™ class Independent Teams, running from 2022 to 2026. IRTA, the International Road-Racing Teams Association, was formed in 1986 and gives Grand Prix teams a voice in the decision-making process, ensuring their interests are represented and protected.

Since Dorna Sports became the commercial rights holder of the FIM MotoGP™ World Championship in 1992, IRTA has been a vital part of the ever-increasing success of MotoGP™ over nearly 30 years of the FIM, IRTA, the MSMA and Dorna racing together. This is the seventh agreement signed between IRTA and Dorna, as both parties work together to increase sporting and financial support with the aim of levelling the playing field.

The growing success of Independent Teams is a cornerstone of the record-breaking levels of competition enjoyed by the sport in the modern era. There were an incredible nine different winners in 2020 and the parity on the grid is at historic levels, with Independent Teams now in regular contention for podium finishes and victories. This will be the second five-year agreement signed between IRTA and the Independent Teams.

IRTA has been a key part of increasing the level of competition in the Championship, in terms of both parity in manufacturer performance and the competitiveness of Independent Teams. In 2020 alone, five factories took premier class podiums and an incredible nine teams finished a race on the rostrum, of which four were Independent Teams. Two Independent Teams took outright victory, between them taking an impressive eight of the 14 premier class victories on offer in 2020. Seven different countries were represented across the winners, podium finishers and pole positions last season, and a little history was made with first time premier class wins for Portugal and South Africa.

IRTA has been vital to that success, and the association is also essential to the continued success of the Moto2™ and Moto3™ classes, which are intrinsic parts of the MotoGP™ World Championship as competitions in their own right and as a pathway to the premier class. Although the agreements with the teams in the intermediate and lightweight classes are renewed annually, this five-year extension strengthens the future of Moto2™ and Moto3™ as well as increasing financial support for both.

The role of IRTA also extends to logistics and organisation, ensuring the paddock is the safest, cleanest and most efficient space for all those who work within it. This new agreement between IRTA, the Independent Teams and Dorna will ensure that this multi-faceted collaboration continues to grow for at least another five years as all parties work towards creating the best MotoGP™ World Championship possible.

Hervé Poncharal, President of IRTA: "The 2021 MotoGP racing season hasn’t started yet, but we have already great news to announce to the world; Dorna, IRTA and the MotoGP class Independent Teams have already decided to extend their partnership for another five years from 2022 to 2026. This is the best news we could have.

"The times are not easy at the moment, therefore having security, having visibility and to be able to carry on working with the same partner is always a big bonus. To have a promoter like Dorna on our side, managed by Mr. Carmelo Ezpeleta, is like a dream for all of us. The relationship since 1992, when we started to work together, has been excellent and has improved every single year. Any question or request arising from the teams or the riders is always taken into great consideration from Dorna. The safety, the racing, the technical side and the show has always been improving and I’m convinced that 2020 was an unbelievable year, where we saw nine different winners and a thrilling battle in each round. This is down to the hard work done by Dorna, IRTA, the manufacturers and the teams.

"I would like to thank Mr. Carmelo Ezpeleta and the whole Dorna organisation for being on our side and letting us dream for another five years. For sure, we will step up and improve again in order to try to have the best possible show."

Carmelo Ezpeleta, CEO of Dorna Sports: "We could not be happier to announce another five-year agreement with IRTA and the Independent Teams. I am proud of what we have achieved so far and I look forward to continuing our collaboration.

"One of the first things we did when we began in MotoGP was to start working closely with IRTA, and the historic levels of competition and interest in the sport are an achievement we are proud to share. It gives me great pleasure to watch our Independent Teams going from strength to strength and I very much look forward to at least another five years working together, pushing MotoGP to new heights once again. I also want to extend my personal thank you to both Mike Trimby and Hervé Poncharal, their input into the Championship and the sport is invaluable and the relationship could not be better."