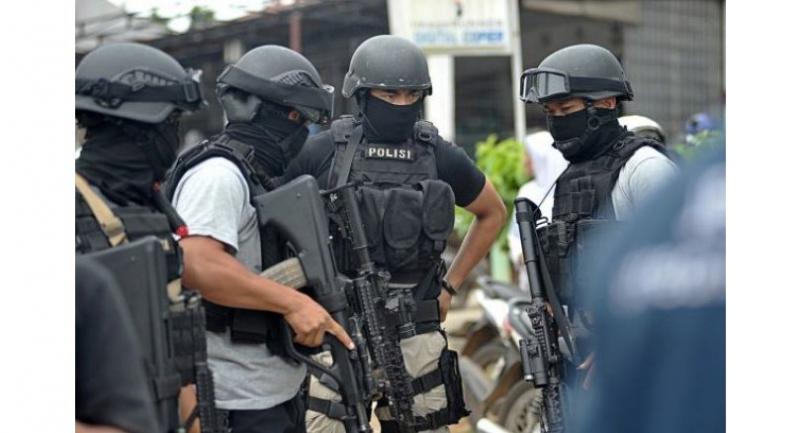 JAKARTA - The National Police have said the wife and children of suspected terrorist Husein, aka Abu Hamzah, blew themselves up early on Wednesday in the family’s residence in Sibolga, North Sumatra, following Husein’s arrest.

“We have received information that the wife blew herself and the children up at 1:30 a.m.,” National Police spokesman Brig. Gen. Dedi Prasetyo told The Jakarta Post on Wednesday.

He said police had yet to enter the scene to gather forensic evidence as they needed to ensure there were no more explosives inside the residence.

“They suspect some explosive materials are still there. It’s dangerous for the personnel,” Dedi added.

Abu Hamzah is suspected of being affiliated with the outlawed homegrown pro-Islamic State (IS) movement terror group Jamaah Ansharut Daulah (JAD). He was arrested after the police's Densus 88 antiterror squad received information from another terror suspect, identified as Ro, in Lampung last weekend. Another suspect was also arrested after Ro.

The police had used Husein to persuade his wife to surrender by talking to her through a mosque loudspeaker.

"Peace be unto you. It’s me. I am all good here. Please give up. Love our children,” Husein said in a local language.

A police officer was injured on Tuesday after an explosive device went off during a terror raid at Husein’s house.

The incident took place only days before President Joko “Jokowi” Widodo’s scheduled visit to Sibolga to inaugurate a port on Sunday.