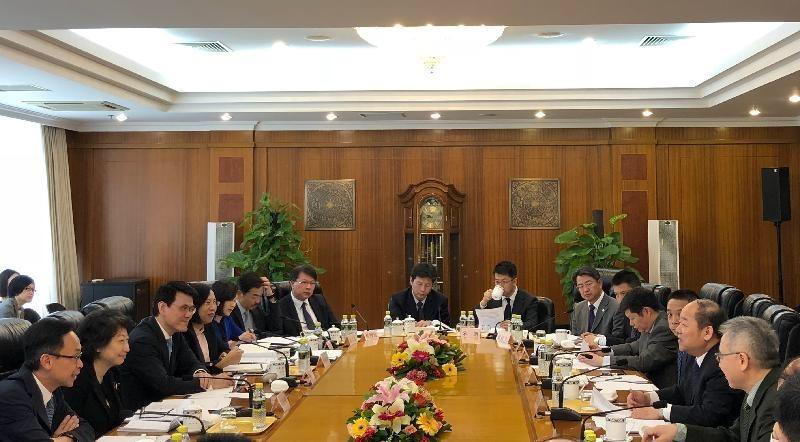 HONG KONG - The second Belt and Road Joint Conference will be held in Beijing on Friday, according to a government press release issued on Wednesday.

The meeting will discuss work priorities and suggestions related to promoting Hong Kong's participation in and contribution to the Belt and Road Initiative. It is expected to discuss the setting up of a Belt and Road-related dispute avoidance and resolution mechanism as well as fostering collaborations on policy exchanges between the SAR government and relevant mainland authorities.

The conference is jointly held by the National Development and Reform Commission, the Hong Kong and Macao Affairs Office of the State Council, the Hong Kong Special Administrative Region’s government and other relevant mainland authorities.

Yau will also meet with representatives of the Ministry of Commerce and state-owned enterprises during his visit to Beijing.