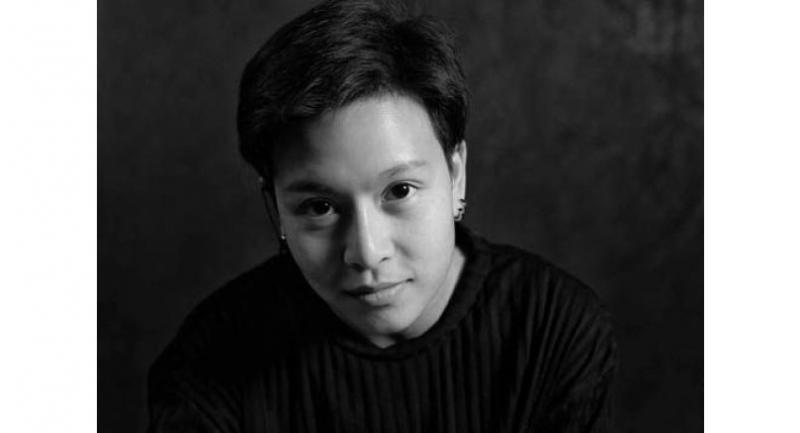 The person behind the ‘tom’

“Tomboy Bangkok”, a new exhibition of Bangkok-based American photographer Derek Brown, will be staged on the evenings of June 21, 22, and 28 from 7pm to 10.30pm at Silom 8 Gallery at Whiteline and feature music by DJ AEFFECT, also a selfidentified tom who will be joined by her partner DJ Lemony in entertaining guests.

The portraits feature 65 subjects all captured by Brown who owns Bangkok’s Studio Soi Six. They range in age from 15 to 33 and identify as toms in their everyday looks, in contrast to the exaggerated image that is often seen in television, films and popular culture. Both the art exhibit and entertainment are free and open to the public.
“I’m drawn to subjects that do not necessarily attract the attention of the media or the attention of artists and creators,” Brown explains. “While there’s a ubiquity to tomboys in Thailand, they are also underrepresented and marginalised in the media and the images around us. Going deep into this subject meant a lot to me, as I was able to experience the diversity and individuality beyond the stereotype and share this with a broader audience.”
Brown’s focus on the uniqueness of each subject is borne out in his photos, which showcase the surprising variety of self-expression that can fall under the tom identity. While short hair – in different degrees and styles – is a common factor among the subjects, their approaches to what it means to be a tom otherwise vary widely. Some present as masculine – in their fashion, features, and hairstyles – to the extent that they could pass for young men, while others adopt a more feminine look that may make them unrecognisable as toms to the uninitiated. Large, dangling earrings are a common feature, and while many seem to eschew makeup, some embrace it – albeit applied differently from typical Thai women’s styles.
“Tom” is derived from the English word and refers specifically to homosexual females who present as masculine, tending to wear short hair, clothes designed for men, and little or no makeup. Toms often use masculine language to describe themselves, and their roles in relationships – typically with feminine lesbians called “dees,” but occasionally with other toms – are often dominant and provider-oriented, akin to traditional ideals of Thai men. However, as Tomboy Bangkok shows, these descriptive elements are by no means strict rules, and they are often broken.
The concept of the tom as a unique form of gender expression in Thailand dates to the 1970s, more recent than that of kathoey and thus less understood among older generations. To show what this means to those who identify as toms, many of the photos in “Tomboy Bangkok” are paired with statements from the subjects relating their experiences, viewpoints, and struggles – including facing judgement and misunderstanding from their families and broader society.
The subjects often express a desire to be accepted for being what feels natural to them, an openness and vulnerability that Brown sees as a path to individual understanding; his main instruction to sitters was simply “be yourself.”
“I strive for a portrait that feels to me like the subject is letting his or her mask down, that there's a moment that’s just them,” Brown says. “With the ‘Tomboy Bangkok’ project, I enjoy the process of interacting intimately with people living a life true to who they are. If they are queer or straight, that’s not what’s driving me. I just want to experience the authenticity of the person in that moment.”
“Tomboy Bangkok” received an Honorable Mention at the 2018 International Photo Awards and a Certificate of Excellence from the Chelsea International Photography Exhibition, both in the US.
For more information visit www.DerekBrownPhotography.com..