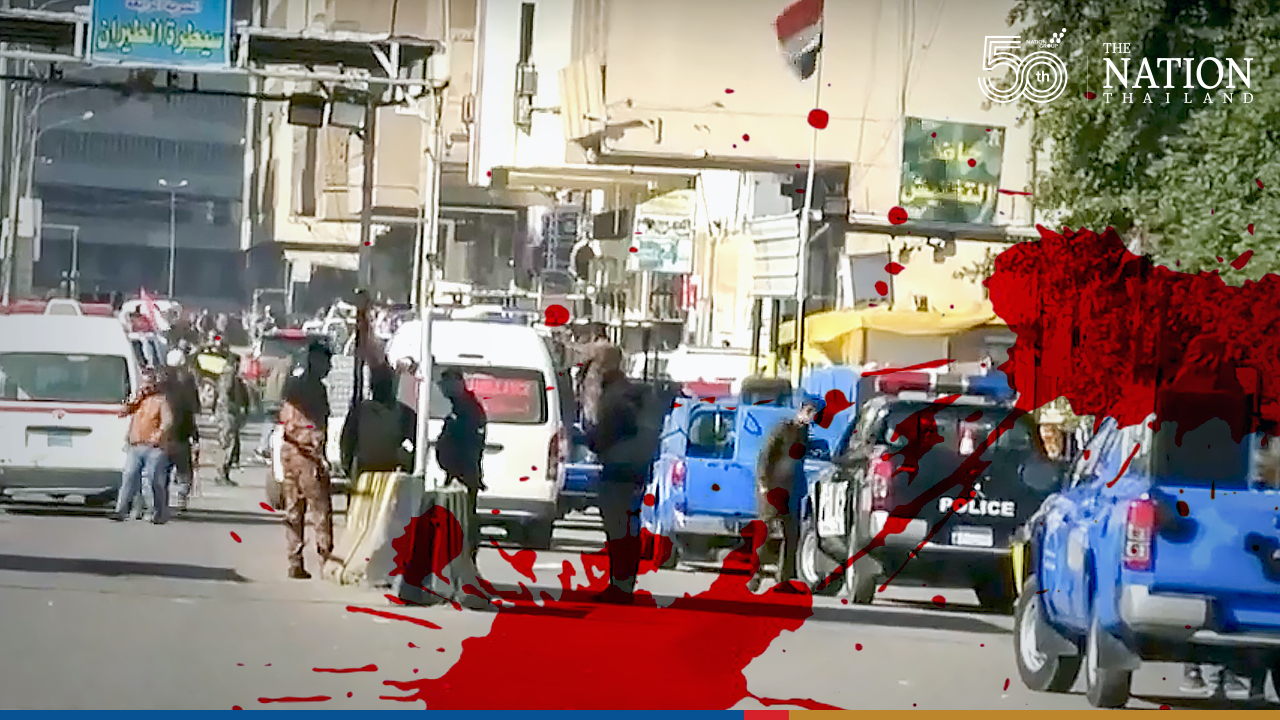 BAGHDAD - At least 31 Iraqis were killed in Baghdad on Monday, local officials said, when an explosion ripped through a market filled with families doing their shopping ahead of the Islamic Eid al-Adha celebration.

Video footage from the scene showed chaos in the aftermath. People ran toward the scene of the blast to find and care for casualties. "Children are dead," another man could be heard shouting.

The explosion occurred in Sadr City, a sprawling majority-Shiite suburb with dilapidated public services and scant access to electricity. Earlier in the day, the director of the area's main hospital had written on his Facebook page that the facility was struggling to cope in the face of surging coronavirus cases. Iraq's Health Ministry said Monday night that it stood ready to provide additional support to treat the wounded. Health officials, speaking on the condition of anonymity because they were not authorized to talk to the media, said 60 people were being treated for their wounds.

Iraq was already experiencing a tragic summer. Two major fires have ripped through coronavirus wards in three months, killing more than 140 people between them and stoking anger at a government, led by Prime Minister Mustafa al-Kadhimi, that has promised to tackle rampant corruption and neglect but achieved little of substance.

Iraqi security forces said Monday that the explosion appeared to have been caused by an improvised explosive device. It did not attribute blame for the attack, and there was no immediate claim of responsibility.

A butcher working in the market, 31-year-old Mohammed al-Mutlabi, described the period leading up to the blast as one of festive excitement.

"This market was filled with people, you couldn't even stand still, you had to keep walking," he said. "The explosion shook everything. Women were covered in blood, women were yelling out for their children."

In January, a similar attack on another crowded marketplace in Baghdad was claimed by the Islamic State militant group. The group still operates in Iraq, several years after its official defeat, but its strength is much diminished, and attacks tend to be small and opportunistic, and rarely take place in urban centers.

The future of several thousand U.S. troops still stationed in Iraq to fight the Islamic State will be on the table when Kadhimi visits Washington next week. The force has been halved over the past year after President Donald Trump's decision to order the assassination of Maj. Gen. Qasem Soleimani, the leading Iranian military strategist, as he left the Baghdad airport on Jan. 3 last year. Iraq's parliament responded by urging the expulsion of U.S. forces, and Iran-backed militias now launch regular rocket and drone attacks on facilities housing the remaining U.S. troops.

The Sadr City market attacked Monday was among the area's most popular, selling inexpensive goods to families already struggling through a severe economic crisis.

The explosion occurred in the early evening, as the brutal summer heat subsided and families came out to make final preparations for Eid al-Adha, which will take place over the coming days. Witnesses described the winding market as a warren and said ambulances had been unable to reach the area. The dead and wounded were carried out on motorized rickshaws driven by day laborers who usually ferry families to and fro.