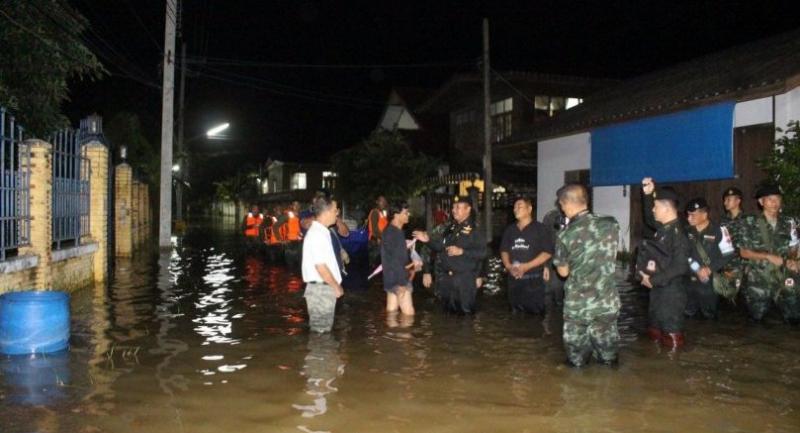 Lampang deputy governor Surapol Burintrapan joined a meeting on Monday of flood-related agencies in Thoen district as they sought ways to quickly drain floodwaters that have affected 500 homes in six villages of Tambon Tha Raed and has now stabilised at about 50-cm in depth.

Tha Raed was hit by a 1-metre-deep flood three days ago.

Officials also discussed damage to farmlands, including rice fields whose crops would rot if kept in water for more than a week.