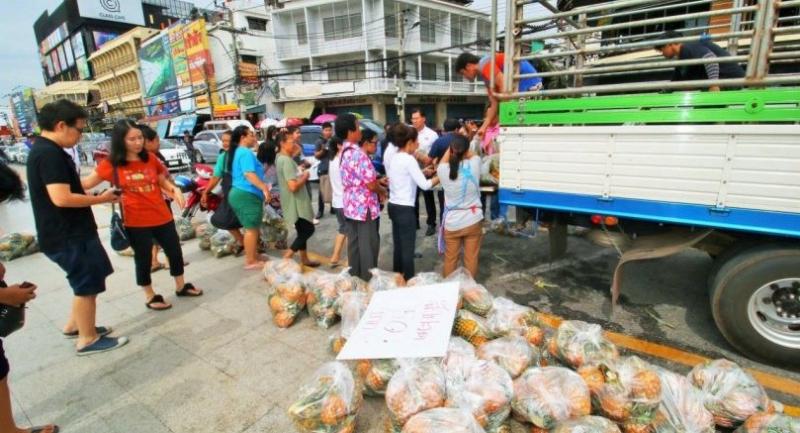 Chaiyaphum pineapple farmers, who suffered as the price of the fruit plunged to just Bt1 per kilogram at canning factories, were overjoyed on Sunday as the 17 tonnes of produce they had taken to sell at Nakhon Ratchasima's Thao Suranaree Monument Plaza sold out within an hour.

Nakhon Ratchasima governor Wichien Chantharanotha and his wife were there to help and their involvement played a part in the success of the operation.

The northeastern province of Nakhon Ratchasima, in sympathy with the farmers of Tambon Tha Hin Ngom in Chaiyaphum's Muang district, temporarily allowed the farmers to take their produce to sell at the famous plaza to give them a better chance of making a sale. Wichien, who also said the farmers would be allowed to sell the fruit in front of the city hall during weekdays and return to the plaza during weekends, thanked locals who helped the hard-up farmers by buying their produce. Mind you, they also got a great deal … paying just Bt50 for one bag containing 10 kilograms of fresh pineapples.