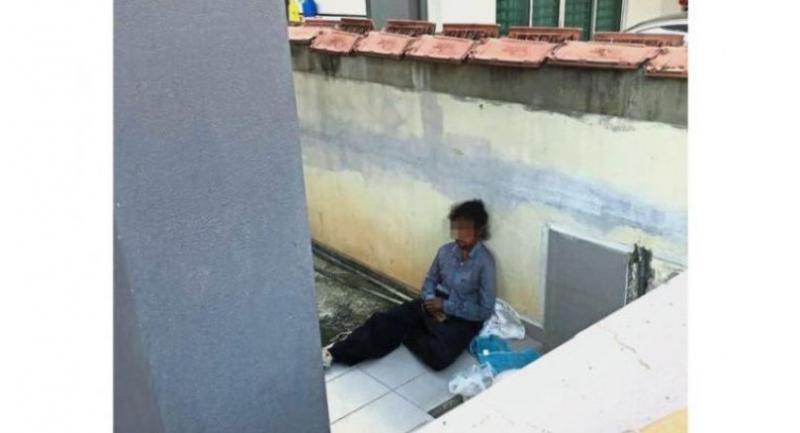 A picture of the allegedly abused maid sitting at the porch of the house.//The Star/ANN

Kuala Lumpur - A Malaysian woman has reportedly been cleared of murdering her Indonesian maid, who was allegedly tortured and forced to sleep outside with a dog, with activists Monday criticising the "shocking" decision.

Adelina Sau died in February last year after being found outside her employer's home on the northern Malaysian island of Penang, with her head and face swollen and covered in wounds.

Many Indonesian maids work in more affluent Malaysia and tales of abuse are common, but the horrific nature of Sau's case generated headlines and sparked diplomatic tensions between the neighbours.

Her employer, S. Ambika, was charged with murder -- an offence that carries a mandatory death sentence in Malaysia -- shortly after the 21-year-old was rescued and died in hospital.

But the High Court in Penang dropped the murder charge against her last week, local media reported, without saying why.

"This was one of the most public and harrowing abuse cases ever recorded and yet the attorney-general's chambers somehow saw fit to drop the charge," Paulsen, a member of the ASEAN Intergovernmental Commission on Human Rights, told AFP.

Steven Sim, an MP from the area where Sau died, said the court decision was "as tragic as the death of Adelina".

Sim said he had contacted the attorney-general, Tommy Thomas, who had vowed to look into the case.

In Indonesia, Wahyu Susilo, executive director of NGO Migrant Care, condemned the acquittal and described it as "far from justice".

He said the employer may have been cleared due to a failure to get key witnesses, such as Sau's parents, to testify at the trial, and called on Jakarta to lodge a protest.

Her murder caused anger in Indonesia, with the foreign minister branding it unacceptable.

Allegations of maid abuse, ranging from overwork to beatings and sex attacks, are a regular diplomatic flashpoint between the Southeast Asian neighbours.