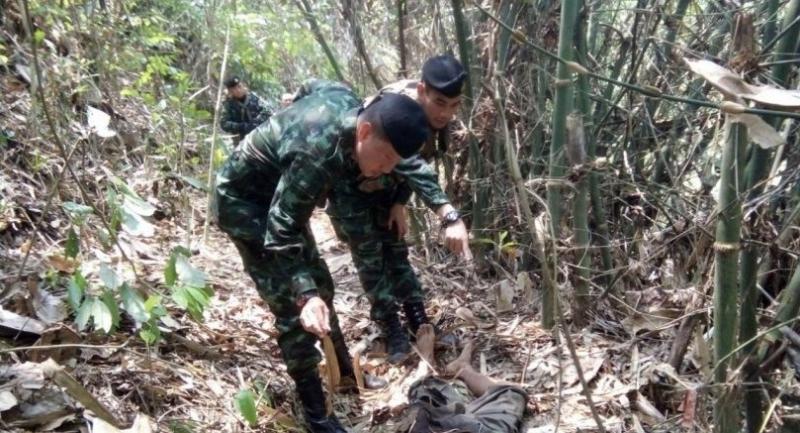 A drug suspect was reportedly killed in a gunfight with troops in Chiang Rai’s Mae Fah Luang district when he allegedly resisted arrest on Thursday morning. The slain suspect was identified as Apoh Mayer, 51, of a hill tribe in Ban Huay Mor village in Tambon Therd Thai.

Col Nathee Timsen, deputy commander of the Pha Muang task force, said his troops had received a tipoff that a drug suspect was living in a hut in the forest near Ban Huay Yor village in Tambon Salong Nok. Nathee said he led a company of troops to check the hut at 7am and the suspect opened fire.

He said the troops returned fire, leading to a gunfight for about five minutes before Apoh was found dead.

The troops found a .38 revolver, a grenade, 600 methamphetamine pills, 40 grams of heroin and 50 grams of raw opium on the suspect.

Natee said the suspect moved from his village to live in the hut after the authorities suspected he was a drug trafficker.