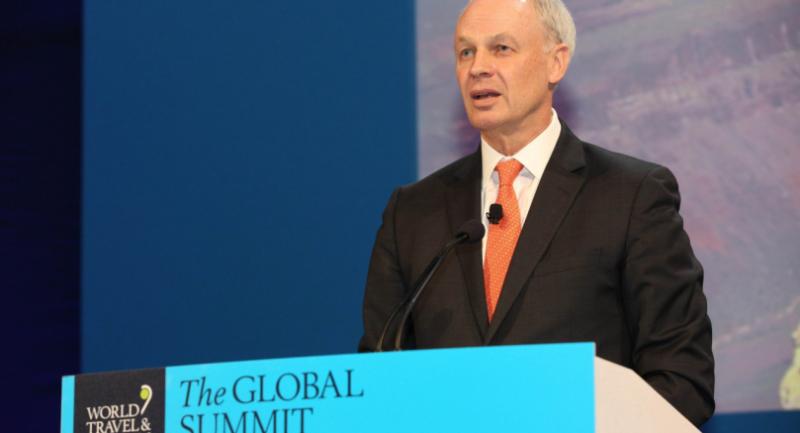 THE WORLD Travel & Tourism Council has urged Asean governments to ensure they have the infrastructure in place to cater to future demand from the region and China.

David Scowsill, president and chief executive officer of the WTTC, said Southeast Asia was one of the best-performing tourism regions.

In 2015, the contribution of travel and tourism to the economies of Southeast Asia grew by an average of 7.9 per cent, ahead of South Asia (7.4 per cent) and Oceania (6.2 per cent). This growth was driven by the combined forces of the overall economic strengthening of the region and its proximity to the rapidly growing Chinese market.

“Thailand, Vietnam and Myanmar [were] all within the top 10 fastest-growing tourism economies in 2015, and in terms of the absolute size of the tourism sector, Thailand and Indonesia are in the global top 20. This combination of size and growth within the region means that the future forecasts for Southeast Asia are extremely positive,” Scowsill said.

However, this will not be without challenges. Governments will need to invest now to ensure they have the infrastructure to cater to future travellers.

This includes airports and air connectivity, entry and exit systems that are efficient and secure, and an approach to visa facilitation that encourages travel to and within the region. Asean has already taken significant steps in these areas.

Destinations will also need to ensure that rapid tourism growth does not come at the cost of the natural and cultural resources, which make Southeast Asia unique and upon which tourism is so dependent.

Scowsill said Thailand was a very popular tourism destination and he expected the government would continue to focus on travel and tourism.

He said the ongoing messages stating that the country was open for business after the death of King Bhumibol Adulyadej in October would ensure that the industry remained resilient.

In March, the WTTC forecast that the contribution of travel and tourism to Thailand’s gross domestic product would grow by 4 per cent over 2016 to around Bt3 trillion, or 21 per cent of the country’s total GDP, and support nearly 6 million jobs.

Recent data from the World Tourism Organisation support this forecast, with the number of international arrivals increasing by 12.3 per cent year on year by July.

The WTTC’s Global Summit will be hosted by the Ministry of Tourism and Sports in Bangkok in April. The summit will bring together more than 750 of the world’s leading decision-makers from across the industry.

Chief executive officers of the largest tourism companies, tourism ministers and government representatives, and more than 100 business and economic journalists will come to Bangkok to hear what are expected to be thought-provoking discussions on the state of the industry and its impact on the global economy.

The summit will be the flagship private-sector event of the United Nations’ International Year of Sustainable Tourism for Development, and as such the discussions will focus on how the industry can contribute to sustainable development around the world.

The Tourism and Sports Ministry says it has fully embraced sustainability in its new tourism policy, and this will be an opportunity to showcase how Thailand is addressing some of the sustainability challenges associated with a growing tourism sector.

For 2017, key issues around security will continue to challenge tourism as it is extremely important that the public and private sectors work together on a coordinated approach across borders, Scowsill said.

It is of extreme importance that governments do not shut down their borders but look at other ways of enhancing security, through intelligence sharing and the implementation of electronic visas.

“As our sector is growing we have to ensure we continue to safeguard the world’s assets, we need to ensure we balance growth while preserving environment, local communities, and cultural heritage,” he said.