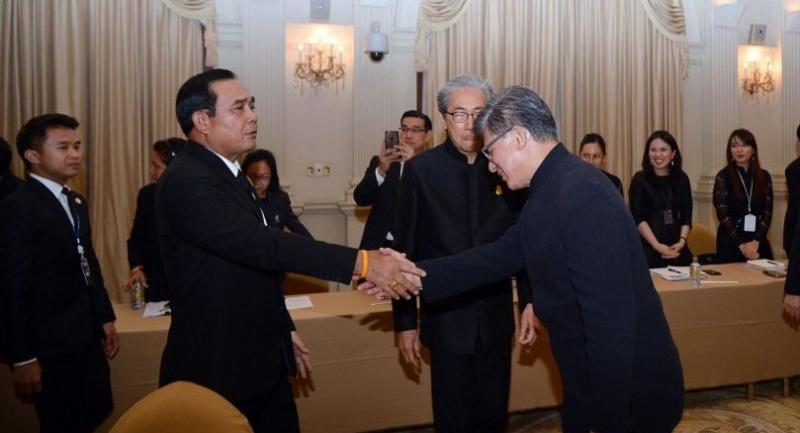 “The connection will be through a high-speed railway and other linkage infrastructure, “ Somkid told hundreds of investors from Hong Kong and Shanghai interested in doing business and investing with Thai partners.

Addressing the forum “Thailand-Hong Kong-Shanghai Strategic Partnership on One Belt, One Road” in Bangkok yesterday, Somkid said he was upbeat about future economic cooperation between Thailand, Hong Kong and mainland China.

He said that foreign direct investment in the EEC from Hong Kong and China reached US$14 billion and $16 billion (Bt485.2 billion and Bt554.2 billion) respectively by the end of last year. Many of the investments were in small and medium-sized enterprises.

“If we’re investing in Thailand and utilising world resources, and if there are tax benefits for investors, then they will be more encouraged to come and invest, just like in the Chinese mainland when they first opened up. They offered a lot of tax benefits. So I think this would attract a lot of capital to Thailand,” he said.

He added that Hong Kong investors were looking for business opportunities in more than 100 projects in Thailand. He said he did not want his mission to be a courtesy call and he wanted to start talking about details.

Lo later met with Prime Minister General Prayut Chan-o-cha at Government House and expressed his support for the EEC project, saying that it would complement the One Belt, One Road initiative. In his conversation with Prayut, he reiterated that Hong Kong and Shanghai investors were interested in investment opportunities in the EEC, according to a statement released by the Thai government.

Prayut responded that the government was ready to support cooperation under the One Belt, One Road initiative in line with the theme for Asia development “Stronger together”.

Prayut also assured Lo that the government was committed to the political road map in which a general election will be held next year, adding that the government also had a strategy for long-term economic and social development embodied in its 20-year plan.

The two sides yesterday signed a memorandum of understanding (MOU) for the EEC investment cooperation.

“It is the first MOU that the EEC signed with foreign counterpart HKTDC and next month delegates from Hong Kong will visit the EEC zone,” said Kanit Sangsuphan, secretary-general of the EEC Office.

The Thai government is in the progress of passing an EEC bill, which was recently approved by Cabinet but must be approved by the National Legislative Assembly before it becomes law.

The government has pledged a corporate tax holiday for investors for up to 15 years, with an emphasis on high-technology industries like “smart” electronics, robotics, biotechnology, healthcare and next-generation automotives.

The government believes the public sector and private companies will invest at least Bt1.5 trillion in the first five years.

The government plans to connect the three international airports, Don Mueang, Suvarnabhumi and U-Tapao, with a high-speed train system. The government will also offer a low flat tax rate for experts working at the international headquarters of companies located in the eastern coastal provinces of Chon Buri, Chachoengsao and Rayong, or a 17 per cent |personal income tax rate compared with |normal progressive rates of between 5 per cent and 35 per cent.

Kobsak Pootrakool, vice minister of the Prime Minister’s Office, told Hong Kong investors that the approval process for public-private partnership investments would be expedited under the EEC, taking between eight and 10 months, down from the typical 40 months.