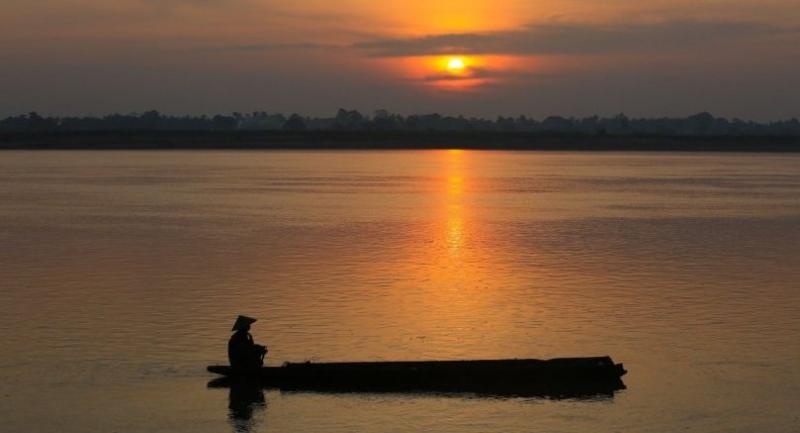 As nations in the Greater Mekong Subregion suffer a rise in water shortages and salinity intrusion, governments need to cooperate in order to safeguard the livelihood of residents in the river basin and their diverse cultures, speakers at an international workshop in Vietnam’s Mekong Delta said last week.

Ha Thanh Toan, rector of Can Tho University in southern Vietnam, said mutual understanding and the sharing of information among the countries along the Mekong River was critical to reducing potential impacts caused by climate change.

“Political will and mitigation measures need to be built within the countries sharing the Mekong River,” he said.

“Some hydropower projects have been planned despite growing concern from the community. State leaders in upstream countries need to take the interest of those in downstream regions into consideration. Those projects may cause impacts on water security in the region.”

Toan said more than 10 million people in the Mekong Delta were now worried about their livelihoods due to a decline in farming and fishing.

Maureen Harris, regional director of International Rivers, said information on hydropower developments and their downstream impacts was rarely available to the public.

She said construction of large dams on the Upper Mekong had resulted in widely fluctuating river flows, which was a key driver of biodiversity and productivity of the Mekong River.

“Flow changes are likely to lead to lower ecosystem productivity with significant impacts on ecosystems and the communities that depend on the river,” she said.

She stressed the importance of community voices in decision making on Mekong dams. Basinwide cumuฌlative assessments and scientific study were essential, along with credible baseline data needed to help design mitigation measures.

Duong Van Ni of Can Tho University said that any development in the Mekong basin should manage concerns in regard to the change of water resources in terms of quantity, quality, variability and connectivity.

He believed that the impact of hydropower dams on sediment was more important than water volume.

Thanapon Piman of the Stockholm Environmental Institute in Thailand discussed key pressures on the river.

He considered excessive use of water, increasing wastewater from agriculture on adjacent land and agrofactories and land degradation as the main issues that need to urgently be addressed.

Agriculture was important for economic growth, poverty reduction and food security in GMS countries, as it provided livelihoods for more than 70 per cent of people in the Mekong basin, Thanapon said.

The Mekong basin is called as the “rice bowl of Asia” as lower Mekong nations usually produce 15 per cent of the world’s rice production. Other important export crops include cassava, corn, sugarcane, soybeans, coffee, rubber and fruit.

According to Thanapon, many farmers in the region have switched from growing rice to producing crops, shifting from traditional subฌsistence farming to modern comฌmercial practices. That also meant a rise in agrochemical use and mechanisation.

Tuan urged governments to think about “hydrodiplomacy” to share water across borders. Regional cooperation was necessary for partnership strategies, legal frameworks and institutions for better transboundary water governance, he said.