The report points to the many uncertainties the region is facing.

IMF says that the external downside risks to the outlook stem from a possible further deepening of US-China trade tensions, weaker-than-expected growth of key trading partners, higher oil prices, and a disorderly Brexit. Risks within the region include a faster-than-expected slowdown in China, a deepening of regional tensions such as Japan’s and South Korea’s bilateral relationship, rising geopolitical risks, and increased incidence of natural disasters.

The IMF says headwinds from prolonged global policy uncertainty, distortionary trade measures, and growth deceleration in the economies of important trading partners are influencing economic growth in Asia and the Pacific. Although the region is still the world’s fastest growing major region, contributing more than two-thirds to global growth, near-term prospects have deteriorated noticeably since the April 2019 World Economic Outlook, with risks skewed to the downside. 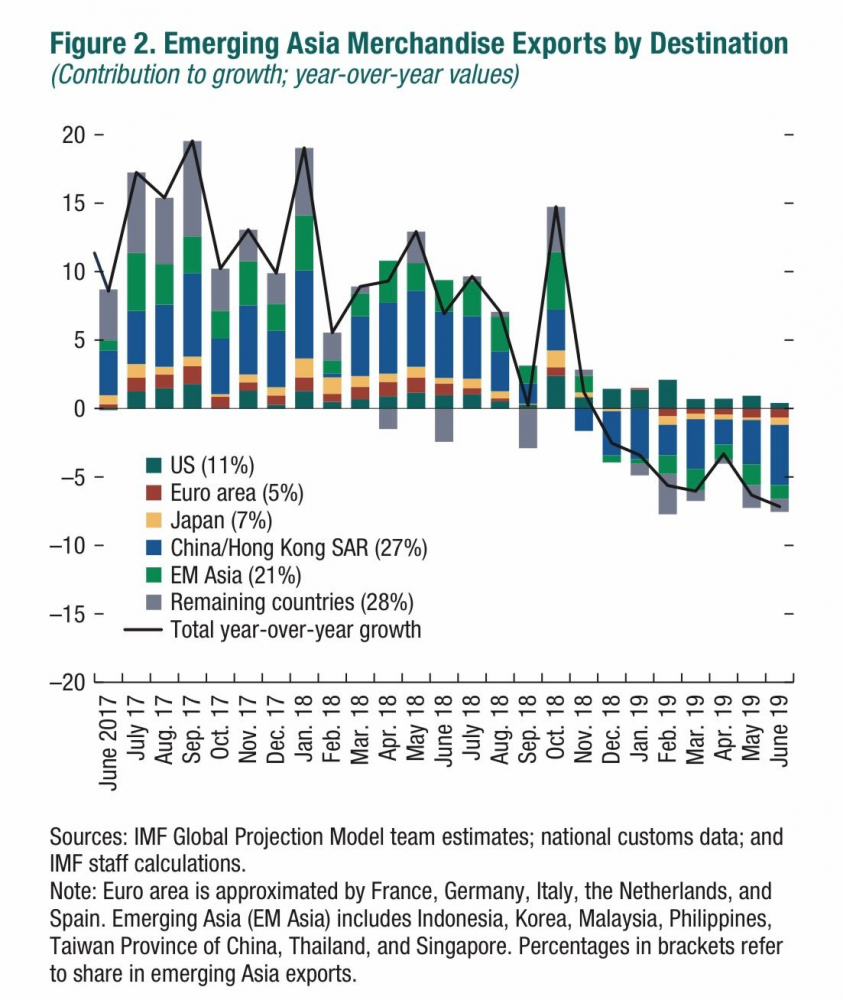 A marked deceleration in merchandise trade and investment, driven by distortionary trade measures and an uncertain policy environment, is weighing on activity, particularly in the manufacturing sector. Loosening monetary policy in key advanced economies and, correspondingly, easing financial conditions, are mitigating the impact of slower growth on Asian economies, but could add to financial vulnerabilities in the region.

Considering the expected deceleration in growth, IMF says that macroeconomic policies should use existing fiscal and monetary policy space to smooth domestic demand where warranted. Financial sector policies should be adjusted proactively to ensure that loosening financial conditions do not fuel a further buildup of financial stability risks. Reducing firm and household leverage should be a priority in countries where exposures in these sectors are of concern. The cyclical slowdown also highlights the urgency to pursue structural reforms to lay the foundation for high, inclusive, and environmentally sustainable economic growth in the medium term, where the imperatives include further trade liberalization, including reducing non-tariff barriers to services trade, and relaxing investment restrictions; sustained investment in people, by upgrading human capital while empowering women and youth; policies to stimulate the labour supply, including higher female labour force participation; reducing infrastructure gaps and enhancing regulatory frameworks; and more ambitious measures to mitigate the drivers of climate change while building fiscal buffers to adapt to the increasing incidence of natural disasters.