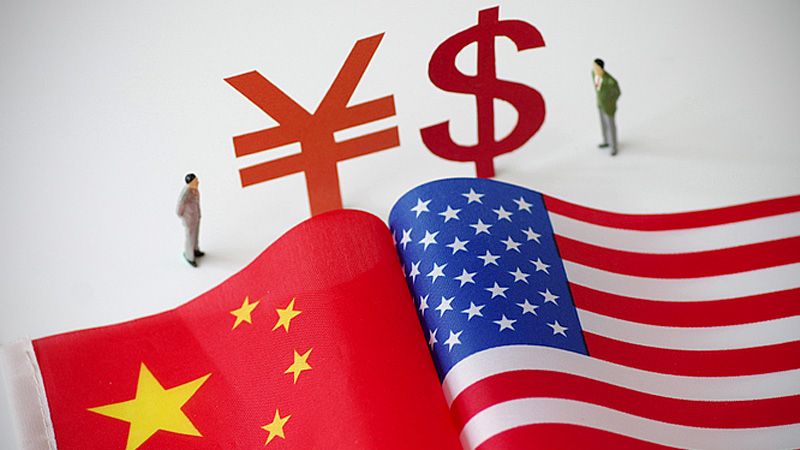 My main prediction for 2020, if it can be called a prediction, is trend exhaustion: For the first time in a long while, several important trends have come to an end.

What do I mean by that? Trends ebb and flow, of course, but at any given moment many of them embody one of two distinct states: momentum, or reversion to the mean. The first is a continuation of past progress, either upward or downward. The second is a movement back toward "normal," however that may be defined.

Now, in an especially wide variety of areas, neither of these conditions is prevalent. Start with the U.S. job market. Since the end of the recession, employment has been improving quite steadily. That has been great for the country, but with unemployment now at 3.5%, does that trend have much further to run? I am not pessimistic about the U.S. economy, but I would say that the direction of the next jobs report is now harder to predict than it used to be.

How about relations with China? For the last few years, it has been fairly easy to predict that U.S.-China relations will continue to get worse. But with a new U.S.-China trade deal due to be signed later this month, this is no longer such a sure bet. I tend to think the deal will not stick, and perhaps could create new terms for intensified conflict, but there is a decent chance the negative momentum has been reversed. Whatever your view, recent trends are not necessarily helpful in making predictions.

Today there are mixed signals. On one hand, corporate debt problems seem to be getting worse. On the other, there are signs the Chinese economy may be stabilizing. You could argue this one either way, but looking at recent trends isn't going to settle it.

Or you might have thought that India was the obvious new candidate for economy on the rise. And maybe it still is. But it turns out a lot of Indian economic data was falsified or exaggerated, and the true Indian growth rate may be closer to 4% than 6% or 8%. Once again, the (ostensible) past trend turns out not to be so informative.

Similarly, the potential trend of Africa as the "next big thing" has not (yet?) been crystallized into a consistent series of economic growth numbers. The economies of Ghana and Ethiopia are doing quite well, but elsewhere on the continent growth rates have disappointed; the largest African economy, Nigeria, grew at only about 2% last year.

Another big trend has been the rise of right-wing populist parties in many countries. That has been a pretty solid prediction for a few years, but now there is evidence that those parties are no longer growing more popular. Will they retreat, as mainstream parties adopt their agendas, or is this just a slight pause? Again, I would say the previous trend has been exhausted and this is a new and hard-to-predict moment.

Another recent trend, the proliferation of new #MeToo cases and an accompanying rise in publicity, may also be losing momentum. Figures such as Jeffrey Epstein and Harvey Weinstein have receded from the news. Could this issue come back with another major celebrity-linked scandal? Absolutely - but it also might have cooled off for a while. The prediction that there will be more #MeToo cases is no longer so easy.

Are there examples of contrary cases, where an important preexisting trend still seems very much in force? Well, carbon emissions will almost certainly get worse before they get better. When it comes to temperatures, however, the global data have exhibited periodic flat periods or even declines before renewed rises. So at least in the short run, predictability there is not so great either.

One implication is that the coming year may hold an especially large number of surprises. Alternatively, rational people (and readers of Philip Tetlock, who has studied the difficulty of forecasting the future) might discard their hubris and not be very surprised at all.

In any case, it is a scary moment. Past performance is not indicative of future results, as they say on Wall Street, and that may be even more true in 2020. Don't throw out your history books, but you may want to open your mind about what happens next.

Tyler Cowen is a Bloomberg Opinion columnist. He is a professor of economics at George Mason University and writes for the blog Marginal Revolution. His books include "Big Business: A Love Letter to an American Anti-Hero."