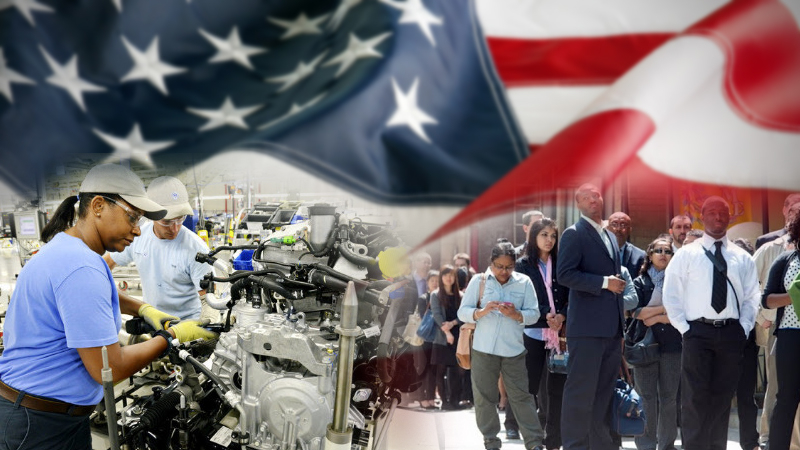 One of the most significant bills to strengthen workers' abilities to organize in the past 80 years passed the House on Thursday, the latest sign of momentum for the labor movement.

The Protecting the Right to Organize Act, known as the PRO Act, would amend some of the country's decades-old labor laws to give workers more power during disputes at work, add penalties for companies that retaliate against workers who organize and grant some hundreds of thousands of workers collective-bargaining rights they don't currently have. It would also weaken "right-to-work" laws in 27 states that allow employees to forgo participating in and paying dues to unions.

The House passed the bill with a vote of 224 to 194, mostly along party lines.

The bill is unlikely to be taken up by the GOP-controlled Senate, as Republicans and business groups have argued forcefully against it, saying it would hurt employers, violate privacy rights and be a major boon for national unions.

Whatever the bill's fate, it highlights the growing push to reexamine the country's decades-old labor laws.

The National Labor Relations Board, which is charged with upholding workers' rights to unionize or work together to improve their workplaces, currently has no ability to levy fines when it finds that companies have broken the law, such as firing a worker for starting a union campaign.

This bill would give the NLRB, which enforces federal labor law, the power to fine companies up to $50,000 per violation. It would also award workers' compensation for the damages they experience when they are retaliated against, not just back pay and reinstatement, as they are currently entitled to.

The bill would also allow more people currently classified as contractors to be given the status of employees for the purposes of union organizing, potentially paving the way for gig workers at companies such as Lyft, Uber and DoorDash to organize with unions or among themselves.

The bill would also weaken right-to-work laws passed in predominantly red states, which allow employees in many states to be exempt from paying fees to unions that represent them.

A group formed to oppose the bill from many business groups, the Coalition for a Democratic Workplace, has sharply criticized a provision in the bill that requires employers to provide a list of their employees' information, including jobs, shift information, cellphone numbers and addresses, to union leadership as an NLRB-sanctioned election nears.

The staff of Sen. Lamar Alexander, R-Tenn., chairman of the Committee on Health, Education, Labor and Pensions, has said the committee will not consider the legislation this session.