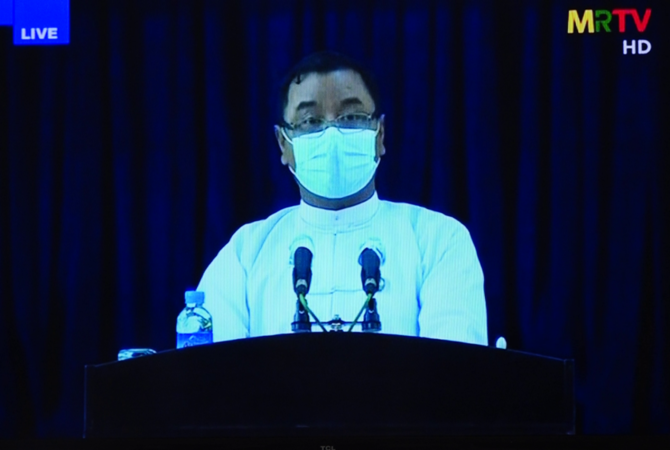 “Former Yangon Region Chief Minister made a confession that he gave US$0.6 million in cash and seven visses of gold to Aung San Suu Kyi in person from December 2017 to March 2018,” said the Brig-Gen.

The Anti-Corruption Commission (ACC) is still investigating the case as the State Counsellor accepted it in person, he added.

“The investigation over former chief ministers Dr Zaw Myint Maung, Dr Myint Naing and Dr Aye Zan by the ACC is continued as they may have committed the corruption cases according to the confession from some respective persons and government staff,” he said.

Moreover, the ACC questioned some union ministers, chief ministers, persons and government officials and they said President Win Myint and his wife Cho Cho asked for financial help from some businessmen and received money from them. They also found out that some businessmen requested financial help from the president. The investigation is ongoing and it will be notified, said Brig-Gen Zaw Min Tun.