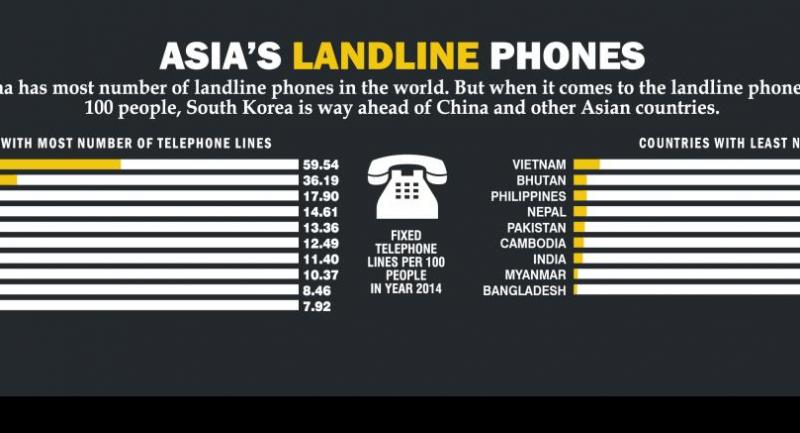 NEW DELHI - China has the most number of fixed telephone lines, or landlines in the world but when it comes to telephone lines per 100 people South Korea is way ahead of China and other Asian countries.

South Korea also boasts of the speediest average internet connection in the world at 26.7 Mbit/s, as per the latest State of the Internet report.

However, it is Bangladesh which has worst connectivity in providing fixed telephone to people. The South Asian nation has just 0.61 landline connections per 100 population.

Globally the number of fixed-telephone subscribers has seen continuous decreases due to upgrades in digital technology and the conveniences that come with switching to mobile and Internet-based alternatives.