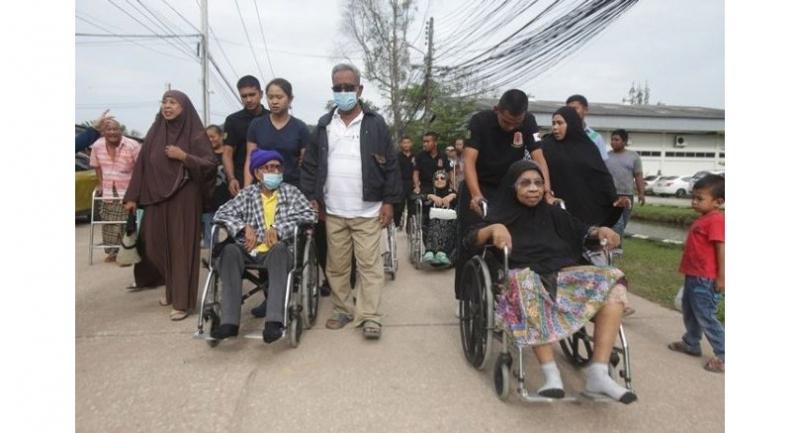 Ministry steps in amid haemodialysis crisis at Pattani Hospital

THE Public Health Ministry has stepped in to help kidney patients affected by the abrupt end of haemodialysis at a military-run hospital in Pattani province.

“As an urgent measure, we have instructed Pattani Hospital, which is under our supervision, to add more rounds of haemodialysis or more machines for the service so as to accommodate more patients,” said Dr Jesada Chaikunrat, speaking yesterday in his capacity as inspector-general of the ministry.
He said Public Health Minister Dr Piyasakol Sakolsatayadorn had also assigned him to discuss the matter with Fort Ingkhayuttaboriharn Hospital.
Working under the Defence Ministry, Fort Ingkhayuttaboriharn Hospital in Pattani had stopped providing haemodialysis late last week because Y & P Pharmaceutical – which had operated the services at the hospital’s compound – no longer had a valid licence after it expired last Thursday.
“So even though it has a contract to operate the service at our hospital until February 22, we cannot just allow its services to go on without informing patients,” said Maj-General Chatuporn Kalampasut, who supervises the hospital’s operations.
After being told of the end of the service, more than 100 of the patients who used to receive haemodialysis demanded that the hospital provide assistance. Without the treatment, the physical health of some patients has already significantly worsened.
Chatuporn said if patients were not worried about the expiration of Y & P Pharmaceutical’s licence, they could receive the service from the firm at their own risk.
Another option was that patients seek the services from other hospitals, with Fort Ingkhayuttaboriharn Hospital ready to facilitate referrals and help with free transportation.
Jesada said Pattani Hospital should be able to immediately take over care for nearly 20 patients from Fort Ingkhayuttaboriharn Hospital.