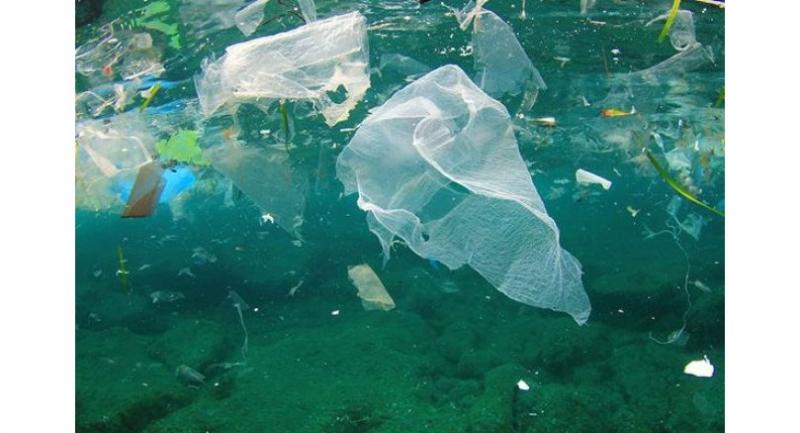 SINGLE-USE plastic is being seen as a major threat to Mother Earth this Earth Day, while environmental group Greenpeace has suggested a tax on plastic production to cut down Thailand’s high rate of plastic waste generation.

Today the world community, including Thailand, is celebrating the 48th Earth Day, with this year’s campaign focusing on an end to plastic pollution. The widespread reliance on single-use plastics has already resulted in massive environmental threat to our health, oceans, and the entire planet, according to international environmental protection organisations.
Increased recycling can no longer be seen as a way to save the planet, according to environmentalists, noting that more than half of all plastic around the world is manufactured for a single use and cannot be recycled.
Measures are needed to create incentives against manufacturing or using the products, the groups say.
Fees for plastic bags and taxes on plastic production are among the suggestions being made this Earth Day to markedly reduce the oil-derived products making their way into the environment.
“Throwaway plastics continue to pour into our oceans, our waterways and our communities at an alarming rate,” said Graham Forbes, a plastics campaigner at Greenpeace USA.
“This Earth Day, it is time to confront the reality that we cannot simply recycle our way out of this mess. We must address the corporate addiction to single-use plastics and move in a better direction.”
According to statistics provided by Earth Day Network, 32 per cent of the 78 million tonnes of plastic packaging produced annually is left to flow into our oceans. This is the equivalent of pouring one garbage truck of plastic into the ocean every minute.
That figure accords with the United Nations Environment Programme tally that more than 5 trillion plastic bags are used worldwide annually, of which half are single-use plastic, and cause more than 13 million tonnes of plastic waste to end up in the sea.
Thailand was among the world’s worst plastic waste polluters, with the country ranked the sixth-largest marine plastic debris producer, with around 1 million tonnes of its plastic waste annually flowing into the sea.
Greenpeace Southeast Asia director Tara Buakamsri acknowledged efforts by Thai authorities to reduce the plastic waste, including the ban on the cap seals of bottled water. But the campaigns so far have only touched the tip of the iceberg, and more progressive measures are required for the country to achieve the goal of sustainably solving the plastic waste problem.
“I suggest that we should have more measures to lower the consumption and production of single-use plastic,” Tara said.
“There are many possible ways during the product life-cycle to lower plastic wastes. For instance, we should impose a tax on plastic production to increase its cost and create an incentive for plastic producers to reduce plastic production in the first place.”
He said that tax should be collected from plastic producers for environmental impacts at each stage of the entire lifecycle of their products, as is advocated under the “Extended Producer Responsibility” principle.
“Unless we add the true costs of plastic, and that includes the cost of environmental impacts from the entire plastic production line and the value of plastic-waste management, plastic will still be considered expendable due to its very cheap cost,” he insisted.
The problem of plastic waste and ocean-polluting plastic garbage is taken seriously by the Environment Quality Promotion Department under the Natural Resources and Environment Ministry, said director-general Rutchada Suriyakul Na Ayutya.
“During the past decade, Thailand on average generated 2 million tonnes of plastic waste every year, but only 0.5 tonnes were recycled, leaving behind up to 80 per cent or around 1.5 million tonnes of non-recyclable single-use plastic waste in the environment,” Rutchada said.
“The plastic pollution intensified during these recent years, and the Pollution Control Department found that in 2016, the annual amount of plastic waste had increased to 3.2 million tonnes,” he said. To mark Earth Day today, he said, the ministry had arranged an Earth Day 2018 Thailand exhibition at Bangkok Art and Culture Centre.
It wanted to encourage people, especially the younger generations, to take an active role on reducing plastic waste and mitigating climate change through changing consumer habits and stopping needless use of plastic bags.