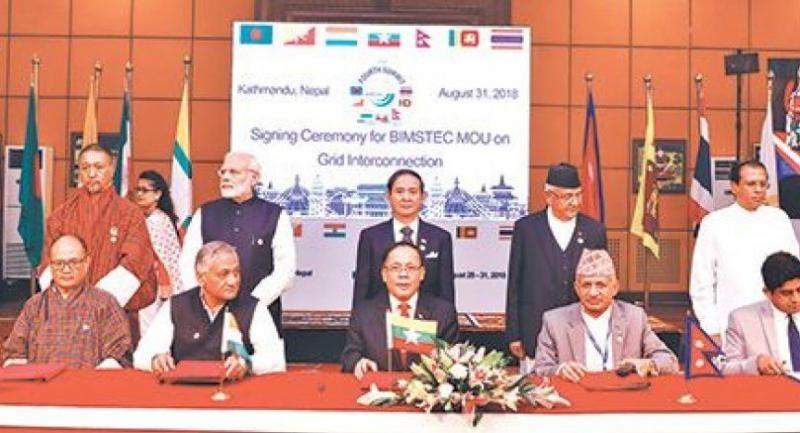 The fourth summit of the Bay of Bengal Initiative for Multi-Sectoral Technical and Economic Cooperation, which concluded in Kathmandu on Friday, will be remembered for laying the foundation for institutional mechanisms to accelerate the BIMSTEC process, something that had been lacking for two decades since the bloc's establishment.

The regional forum criticised for its lack of a dedicated charter and institutional capability to fulfil its objectives reached a series of agreements and decisions in the past few days on building BIMSTEC's institutional capacity.

According to the Kathmandu Declaration, leaders of the region resolved to leverage BIMSTEC's unique position as a bridge between South and Southeast Asia, and to make it an effective platform to promote peace, prosperity and sustainability.

The summit also decided to draft the organisation's charter, defining its long-term vision and priorities for cooperation. The draft will be considered by the BIMSTEC Permanent Working Committee for its adoption by the fifth summit to be held in Sri Lanka, the declaration read. The date of the fifth summit is yet to be decided.

Bangladesh, India, Myanmar, Sri Lanka, Thailand, Bhutan, and Nepal agreed to establish a BIMSTEC Permanent Working Committee to deal with the administrative and financial matters of its Dhaka-based secretariat and the BIMSTEC centres and entities as well as develop the Rules of Procedure for the BIMSTEC mechanisms.

There has also been agreement to enhance the institutional capacity of the secretariat by increasing the number of directors to seven, one each from the member states. The heads of state or government that met on Thursday and Friday agreed to explore the possibility of establishing a BIMSTEC Development Fund, with voluntary contributions from the member states.

One of the major achievements of the summit was signing the memorandum of understanding on BIMSTEC grid interconnection.

"This is my firm conviction that this Summit has been a significant step towards making BIMSTEC a dynamic, effective and result-oriented regional organisation," Prime Minister KP Sharma Oli said in his closing remarks on Friday.

According to Oli, enhancing connectivity, fostering trade and investment, promoting cooperation on energy, and tourism are the key decisions of the summit.

As the two-day event emphasised multi-dimensional connectivity, trade, and investment as keys to economic integration, leaders of the bloc have directed officials to conclude the BIMSTEC Coastal Shipping Agreement and the BIMSTEC Motor Vehicle Agreement as early as possible.

The summit also called for early adoption of the BIMSTEC Master Plan on transport connectivity and assigned the BIMSTEC Transport Connectivity Working Group to prepare the modalities for its implementation. The $50 billion project would have 167 connectivity-related components.

Former foreign secretary and ambassador Madhu Ram Acharya argued that the Kathmandu summit had been crucial to BIMSTEC for its institutional growth. "The decision to strengthen the secretariat, formation of standing committee, creating development funds and setting up other mechanisms shows that it is headed for institutionalisation," said Acharya.

To draft the charter for the organisation

To develop the rules of procedure for the BIMSTEC mechanisms

To explore the possibility of establishing a BIMSTEC Development Fund