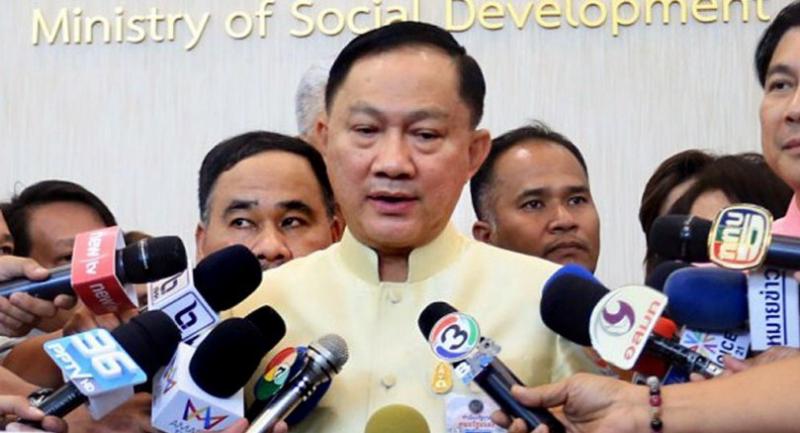 LABOUR MINISTER Pol General Adul Sangsingkeo last week visited Moshav, a cooperative farming community in Israel, and threatened to send back Thai workers found to be dependent on alcohol and drugs. He also urged Thais in the town, which is near the Gaza Strip, to be cautious as the area is conflict-ridden.

Adul – along with Labour permanent secretary Jarin Jakkaphak, Department of Employment chief Petcharat Sin-auay and related Thai officials – visited Moshav to check on migrant workers after learning that Thais in Israel were reportedly being taken advantage of. Reports also said the workers’ rights were being violated and they were generally unsafe.
The minister listened to the workers’ problems and inspected their accommodation, which employers recently constructed in response to complaints.
Citing his talks with Thai workers, Adul said they did not appear to be “so well taken care of by employers” and were living in a “not so nice environment”. However, he admitted, some workers were in trouble with their employers for getting drunk and failing to show up for work the following day.

Facing deportation
He said that most Thais were |hard workers and that only a few were drunkards, drug abusers or gamblers, hence he has instructed the labour department of the Thai Embassy |in Tel Aviv to keep a close watch on them, and send them back home if they continued misbehaving.
As for cases in which employers fail to provide workers with benefits, Adul said these workers can ask to change their jobs, adding that the Thai Embassy has also been told to take legal action against employers who break the law and have them blacklisted.
The minister also gave the workers some gifts to boost their morale.
Adul said he also met with the Israeli interior minister and was told that the Israeli government has already set up a state fund that required migrant workers’ employers to deposit a sum of money that workers can withdraw from once their contract expires. He said this amount was worth a month’s salary for every year of work.
The minister added that job agencies will also be asked to provide pay slips in Thai, so workers could read them. Meanwhile, the Israeli minister also agreed to consider expanding the quota for Thai workers.
Adul also met Haim Katz, Israel’s labour, social affairs and social services minister, and discussed allegations that Thai workers were being taken advantage of by their Israeli employers who failed to keep up with their end in terms of payment.
Adul also urged his Israeli counterpart to implement measures to protect workers’ rights, have employers strictly adhere to employment contracts and set up more channels for Thai workers to file complaints. He also asked the authorities to make the punishment for law-violating employers more severe, revoke workers’ quotas for employers who violate the law and tackle the drugs issue.