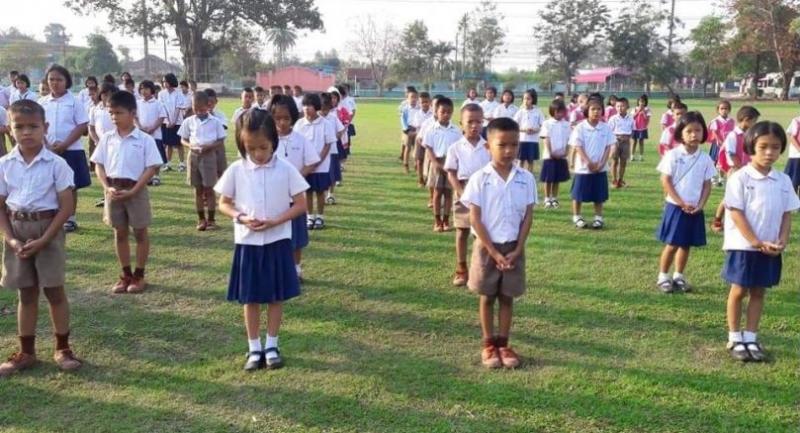 AS THE general elections draw near, many major political parties have started announcing their policies on education. However, not many educators are impressed by what’s on offer.

Asst Professor Athapol Anunthavorasakul, who lectures at Chulalongkorn University’s Faculty of Education, said most of these policies focus far too much on short-term goals.
“In my view, no education minister has ever set his or her sights beyond their tenure,” he complained.
The education policies rolled out by the Democrat Party, Thailand’s oldest political party, include providing free vocational education, free breakfast for students and adjusting the curriculum.
The Phalang Pracharat Party, which is pushing for Prime Minister Prayut Chan-o-cha’s return, is offering to help tackle student loans for struggling graduates.
The Pheu Thai Party, which won the 2011 election, is offering One Laptop Per Child, promising to raise educational standards and equal opportunities.

The Future Forward Party, a new star on the political scene, has promised that it will ensure fair access to quality education and is seeking to engage all sectors of society in the development of the education sector.
“But these policies hardly address the core of education reform,” Athapol said, adding that he believes a few time bombs have been left behind and the new education minister will have to deal with these in the near future.

Athapol
“For instance, in the 2019 academic year, first-year students in teacher-training programmes will be sent to more than 30,000 schools as part of their training,” Athapol said. “These students will be the first batch of the four-year teacher-training programme that Thailand is going to re-introduce. Next year, Thailand is [also] scheduled to introduce a new curriculum for school students. So, I foresee a lot of confusion.”
Apart from this, he said the ongoing restructuring within the educational sector also looks set to trigger some more problems.
“What will you do with provincial education committees? What will you do with local educational-service-area offices?” Athapol asked.
Sompong Jitradub, who is Athapol’s senior colleague, said the education policies being offered by the parties are not as good as their economic policies.
“Actually, none of these parties have explained how they will solve the country’s education crisis,” he said, adding he would give most parties a failing grade if their evaluation were to be based on their education policies alone.

“The education policies of only three parties – Future Forward, Democrat and Pheu Thai – are acceptable,” the prominent educator said.
But he doesn’t believe any of the political parties – judging by what they have put on offer – will be able to make a significant change to the educational sector.
Thailand has been boosting resources and funding for the educational sector significantly over the past few years, yet the quality of education has barely improved.
Assoc Professor Dr Methinee Wongwanich Rumpagaporn, a lecturer at the Kasetsart University’s Faculty of Education, pointed out that the Democrat Party was the first to unveil its education policies.
“Then other parties followed suit,” she said.
According to her, the Democrat Party is focusing on learners, Pheu Thai on the management of resources and technology, Phalang Pracharat on private-state partnerships, the Future Forward Party on modernisation and youth, while Chartthaipattana Party’s focus is on farmers’ children.
However, she said, the policies are all very similar.
“They are all offering things like free education and talking about promoting the quality of education,” she said, adding that no matter what policies are promoted before the ballot, their implementation will depend mostly on the budget allocated.
“I believe that if funds are not scarce, these parties will be able to implement their policies. But given that budget constraints are always in the picture, people should ask how these parties will find money to finance their policies. Pay attention to the policies and judge if they are even realistic,” she said.
Also, Athapol said, most of these parties did not explain how they were going to implement their policies.
“For instance, the policy of serving free breakfast to students – I want to know who is going to pay for it.
“Will the new government have local administrative bodies handle this or will it be the Education Ministry?” he asked, adding that the real answer may lie in decentralisation and assigning clear roles to relevant parties in the education sector.