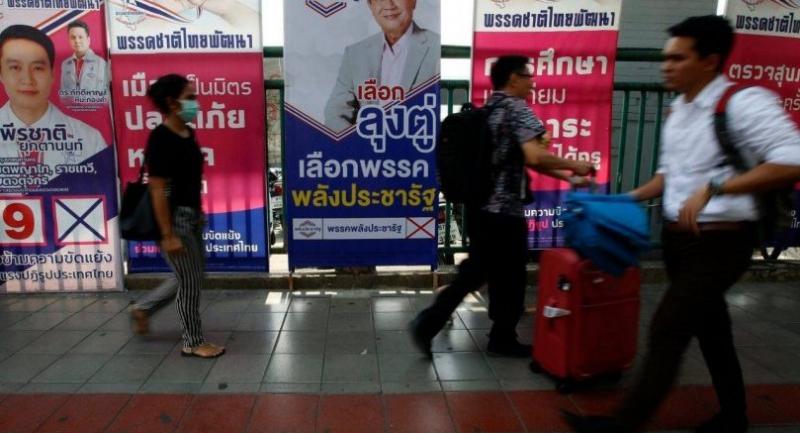 A National Institute of Development Administration (NIDA) poll found most people (46.4 per cent) complaining that their elected representatives seemed focused only on securing ministerial portfolios.
The survey saw 1,277 people across the country, 18 years and up, quizzed on Friday and Saturday.
More than a third of respondents (35.8 per cent) said their MPs had not revisited their constituencies since the election.
Thirty-four per cent saw the MPs as playing the same old games – engaging in wars of words and invariably citing “the public interest” to justify their standpoints.
Nearly 32 per cent said politicians in the government coalition were focused on negotiations over Cabinet portfolios, while 16.3 per cent lamented that opposition politicians were engaging in repetitive arguments to try and topple the government.
There was a modicum of positive sentiment in the NIDA poll, with 9.2 per cent saying their representatives often visited them and 8.7 per cent saying most MPs were enthusiastic about working for the public interest.
Suan Dusit Poll survey whose results were released yesterday found citizens in largely similar opinions, with 32.8 per cent saying the battle over Cabinet appointments was confusing, problematic and dominated by self-serving political interests.
The poll covered 1,254 people across the country between Wednesday and Saturday.
Nearly 30 per cent of respondents said they wanted to be able to carefully check the qualifications of candidates for ministerial positions.
About 24 per cent saw nepotism at work in the Cabinet allocation process, while 15.6 per cent complained that the process was taking too long.
Deputy Prime Minister Wissanu Krea-ngam said yesterday it was solely the Cabinet secretariat’s job to check candidates’ qualifications.
He added that Prime Minister Prayut Chan-o-cha had yet to submit a proposed line-up to the secretariat. That’s expected to happen this week now that the Asean Summit has concluded.