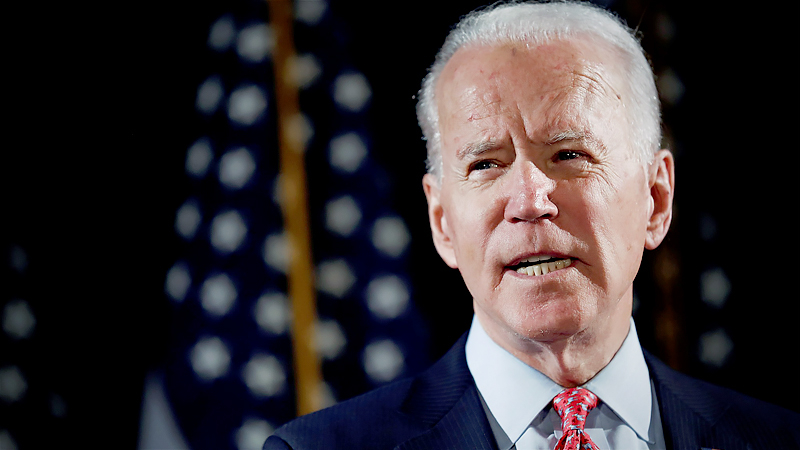 WASHINGTON - President-elect Joe Biden is expected to include a significant new benefit for children in poor and middle-class households in the coronavirus relief package he will release this week, according to three people speaking on the condition of anonymity to share details of internal deliberations.

Biden officials are likely to include the expansion of an existing tax credit for children as part of a relief package that will also include $2,000 stimulus payments, unemployment benefits and other assistance for the ailing economy - as well as money to fight the coronavirus pandemic and increase vaccine distribution. Biden is expected to formally unveil his proposal Thursday.

Biden transition officials have not disclosed the overall price tag of the package, but it is expected to be more than $1 trillion.

While a final decision has not been made, Biden is expected to push for a proposal similar to his campaign pledge to provide $300 per month to American households for every child under 6, as well as $250 per month for every child between the ages of 6 and 17. That would amount to $3,600 per year for families with one young child and $3,000 per year for families with older children. Biden is also likely to seek to extend the existing child benefit to millions of poor families currently shut out of the program.

The United States has significantly higher rates of child poverty than much of the industrialized world, and Democratic lawmakers in the House and Senate have for years pushed for expansions in child tax benefits in response to that problem. The effort may draw opposition from Republican lawmakers who have balked at the trillions of dollars already authorized by Congress in response to the economic downturn caused by coronavirus.

The potential inclusion of the child benefit emerges as Democratic lawmakers begin to jockey over priorities for the economic relief package, which will be Biden's first legislative effort as president. Brian Deese, incoming director of the White House National Economic Council, said at an event hosted by Reuters on Wednesday that Biden would be introducing a "robust package."

Deese said Biden would lay out a two-track plan, starting with a recovery package focused on the coronavirus pandemic, with a larger relief effort to follow.

Democratic lawmakers will be able to advance stimulus legislation through the House and Senate without Republican votes. The incoming White House team is indicating it will pursue a bipartisan relief package first, while not ruling out approving the measure solely with Democratic support, through a budget process known as reconciliation.

Following the initial relief package, Biden's team is likely to come back later this year for another major legislative effort centered on longer-term economic measures, such as an infrastructure or health-care bill.

Biden's emergency relief legislation is expected to include an expansion of paid family leave benefits, funding for education and an extension of supplemental federal unemployment benefits, two people familiar with the package said.

Under current law, enhanced federal unemployment benefits of $300 per week are set to expire in the middle of March even though widespread vaccination is unlikely until the fall. Biden's team is expected to push for the higher unemployment payment to be extended through September, the people said. The size of the weekly benefit Biden will seek remained unclear.

"Our view here, both substantively and strategically, is this is an approach that Democrats and Republicans can and should support," Deese said of the administration's imminent relief package.

Biden has sought to embrace proposals with widespread Democratic support, and a major expansion of the existing child tax credit has nearly universal backing among Democratic lawmakers.

House Democrats approved an expansion of the child tax credit last year, led in part by House Ways and Means Committee Chairman Richard Neal, D-Mass. Under legislation written by Sens. Michael Bennet, D-Colo., and Sherrod Brown, D-Ohio, and backed by most Senate Democrats, the child benefit would be primarily claimed by parents who use it to offset their existing tax obligations when they pay taxes. The millions of Americans who do not make enough to file income taxes would be able to claim the credit as a refund by filling out an online form with the IRS, akin to the mechanism used to deliver $1,200 stimulus payments last year.

Brown told reporters earlier this week that he spoke to Biden's nominee for treasury secretary, Janet Yellen, about creating new bank accounts through the Federal Reserve that would make it easier for Americans to claim the child tax benefit.

"The $250 a month will go to these low-income families every month, year-round -- $300 if your child is under five," Brown said. "Why not have this directly deposited in one of these Fed accounts everybody can have? Just imagine the difference it would make for families who are struggling."

Some policy experts said it would be better for the Biden administration to provide direct cash payments, rather than a reduction in tax liability, to American parents. Many low-income Americans will receive only a negligible amount from the new benefit once it is deducted off their existing tax burdens, a process that itself will prove more administratively difficult and complex than sending more stimulus payments, said Matt Bruenig, founder of the People's Policy Project, a left-leaning think tank.

"Trump put his name on checks worth $1,200, and Democrats could be at risk here of appearing to offer way less help in a way, and in a way that nobody notices," Bruenig said, citing tax cuts passed through President Barack Obama's stimulus plan during the Great Recession that flew below the radar.

Bennet has defended his approach, citing its political traction and research suggesting it could reduce child poverty by as much as 45%. "I can think of nothing more at war with who we are as Americans than allowing kids to grow up in poverty," Bennet said about the plan last year.