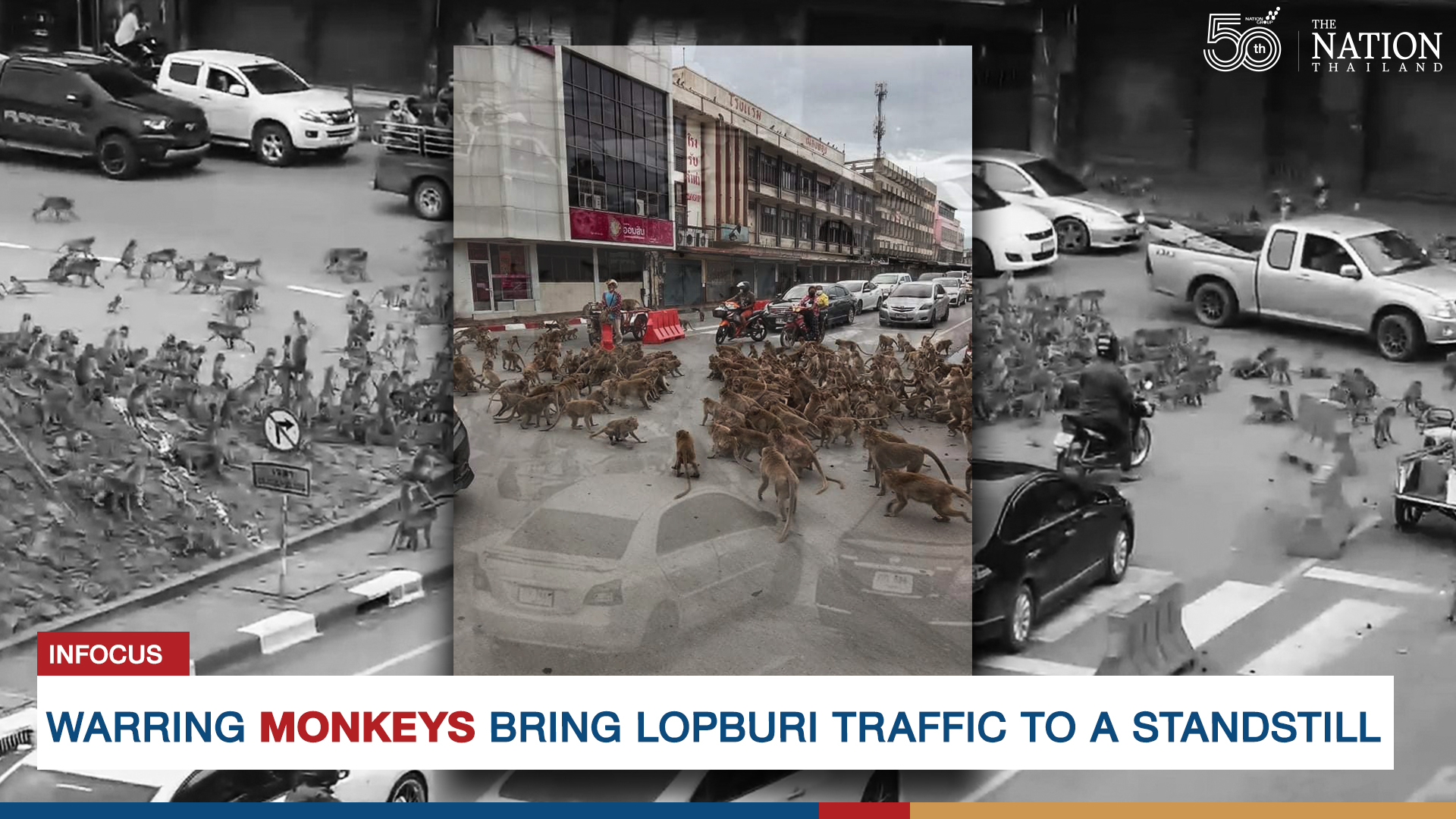 A fierce battle between three groups of monkeys brought a busy intersection in Lopburi province to a standstill on Sunday.

The war was between the Phra Prang Sam Yod group, the market group and the Government Savings Bank lot.

The clip posted on the “Pong Muang Thong” Facebook page shows hordes of monkeys fighting at the intersection near Lopburi’s Phra Kan shrine.

The maker of the video clip explained that the battle was between three groups of monkeys from Phra Prang Sam Yod, the Government Savings Bank and the market.

Normally, these monkeys fight over food, but not this time. There has been discord among the leaders of the three groups for a while, and something seems to have sparked this street battle.

Many monkeys were injured in the battle and peace returned when one of the leaders surrendered and withdrew his troops.

Restaurants in malls may be allowed to sell food online