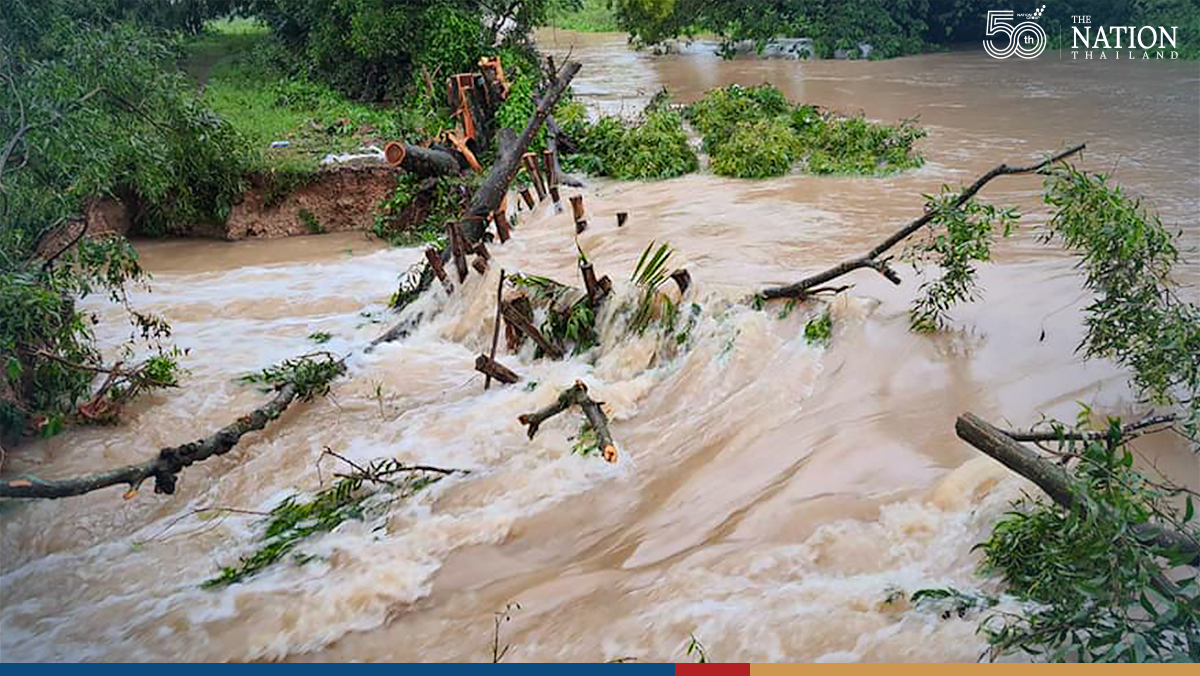 Kompasu eases but rest of weekend will be wet, DDPM predicts

The Department of Disaster Prevention and Mitigation (DDPM) reported that though the Kompasu storm has weakened, strong southwest monsoon still prevails across the Andaman Sea, the South and the Gulf of Thailand.

This will bring isolated showers to many parts of the country over the next 24 hours.

Also, the monsoon trough lying across the Central and lower Northeast regions has brought flash floods to Prachin Buri and Nakhon Nayok over Friday and Saturday. More than 410 households in three districts have been affected.

Though the tropical depression Lionrock weakened to a low-pressure cell, it still brought heavy rain to the North, Northeast, Central, East and South (west coast) over the past week. Nine provinces, namely Chiang Mai, Lampang, Loei, Phetchabun, Prachin Buri, Chanthaburi, Trat, Chumphon, and Ranong, were hit with flash floods and 7,931 households in 20 districts were affected.

Though flooding has eased in most of the provinces, 3,317 households in seven districts of Chanthaburi and Trat are still suffering.

Meanwhile, more than 33 provinces have been battered by the Dianmu storm from September 23 to October 7, affecting 333,367 households in 225 districts. The storm also claimed 14 lives – 11 in Lopburi, two in Phetchabun and one in Chai Nat.

Though floods have more or less cleared, lowland areas are still struggling. DDPM said it is cooperating with provincial authorities to survey the damage and is providing help in line with the Finance Ministry’s order.

People can contact DDPM via Line ID @1784DDPM or via the 1784 hotline at any time of the day or night.