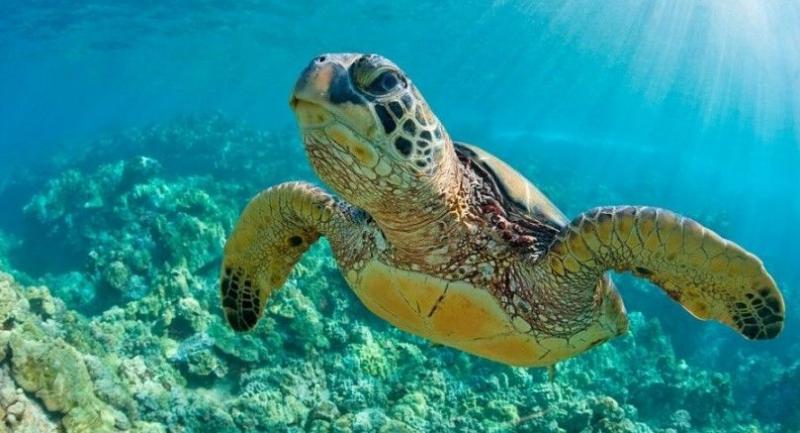 Hawaii’s governor David Ige on Tuesday signed legislation banning the sale of sunscreens that contain oxybenzone and octinoxate, two chemicals that harm coral reefs, as reported by The Washington Post.

This means brands like Banana Boat and Coppertone will either have to remake their formulas or stop selling in Hawaii all together.

According to the bill, which makes Hawaii the first US state to enact legislation designed to protect marine ecosystems by banning such sunscreens, oxybenzone and octinoxate "have significant harmful impacts on Hawaii's marine environment and residing ecosystems".

According to the Smithsonian's National Museum of Natural History, coral reefs are crucial to life both on and off land. In addition to protecting sea creatures, the Smithsonian said, the reefs provide food, medication and tourism jobs, among other things – at a value of US$30 billion to $172 billion per year.

"Unfortunately, people also pose the greatest threat to coral reefs," said the Smithsonian. "Overfishing and destructive fishing, pollution, warming, changing ocean chemistry and invasive species are all taking a huge toll. In some places, reefs have been entirely destroyed, and in many places, reefs today are a pale shadow of what they once were."

Read also: US airlines are ready to party in Hawaii with a flood of seats

Senator Mike Gabbard, the Democrat who introduced the bill, praised it as "a first-in-the-world law" of its kind.

"Hawaii is definitely on the cutting edge by banning these dangerous chemicals in sunscreens," Gabbard said in an email to The Honolulu Star-Advertiser, as quoted by The Straits Times. "When you think about it, our island paradise, surrounded by coral reefs, is the perfect place to set the gold standard for the world to follow. This will make a huge difference in protecting our coral reefs, marine life and human health."

Still, the bill is not without its opposition. Companies and some dermatologists have stated that this ban might discourage people from wearing sunscreen.

"Some of our products contain FDA-approved amounts of oxybenzone and octinoxate, active ingredients that are designed to protect the skin against the damaging effects of ultraviolet light and provide critical broad-spectrum protection from both UVA and UVB rays," said Edgewell Personal Care, which manufactures Banana Boat and Hawaiian Tropic sunscreens.

"The ingredients within our products are clearly listed in the active ingredients on the label, so that consumers can make informed purchasing decisions. As always, we will continue to ensure we comply with all relevant regulations concerning oxybenzone and octinoxate.