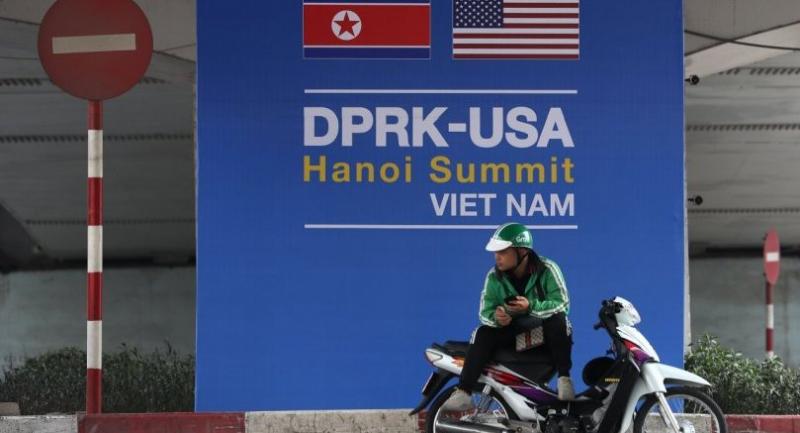 It’s only the second time the political heavyweights have ever met, but analysts predict this meeting has more significance than last year’s summit in Singapore.

"I think we can expect some good outcomes from this summit," Le Hong Hiep, a Vietnamese International Relations expert based in Singapore, told Viet Nam News.

"In the first summit, parties only committed to some vaguely worded commitments.

"I think President Trump would expect to have some significant outcomes from the summit to contribute to his foreign policy legacy and also to improve his standing inside the US ahead of the next Presidential election in 2020."

For South Koreans living in Vietnam, many believe next week could not only define the future of their two countries, but could help humankind.

Yoon Sang Ho, Chairman of the Korean Business Association in Hanoi told Viet Nam News: "To be frank, I believe before this, no South Korean could have imagined that a day like today would come, especially the fact that it is being held in Hanoi.

"This is something beyond our expectations and imagination. We hold very high expectations on the results of the summit.

"If there would be any statement on the denuclearisation of the Korea Peninsula and an official end of the Korean War at the summit, it would bring about peace for the Peninsula and contribute to world peace and the development of humankind."

Yoon said he hoped the day would come when there were no longer two Korean countries, but instead just one nation.

"I strongly believe there will come a day when there is no longer a South Korea and North Korea, but just the single name, Korea," he said.

"However there are still many obstacles to overcome to reach that day. With the upcoming summit, however, I believe it will come sooner."

One thing that is guaranteed from this month’s meeting is the positive impact hosting the event will have for Hanoi and Vietnam.

"Hanoi is where North Korea has the embassy," he said. "And it’s a very important condition for North Korea to have the embassy where the summit takes place because they need to communicate back to Pyongyang.

"Hanoi is also famous for its ability to host major international events without incidents in the past. It is also within the range of North Korea’s aircrafts. So it’s quite convenient for North Korea to hold the meeting in Hanoi.

"The US side indicated that the summit should be held in Da Nang. And now they have agreed to hold the summit in Hanoi, meaning they have made a concession to North Korea. But it’s not a bad idea for the US, either, because Hanoi can meet the demands of security, logistics and media for the summit from a US perspective."

Hiep, who is a fellow with the Singapore-based ISEAS - Yusof Ishak Institute, thinks the summit is a great opportunity to showcase Hanoi to the world.

He added: "This event will be a good chance for Vietnam to promote its international standing. It can be a very good opportunity for Hanoi and Vietnam to sell its success story to the world and thereby attract more tourists and investors to the country."

Sung-Yoon Loon, an expert on North Korea at Tufts University in Massachusetts, America, told Tuoi Tre (Youth) newspaper: "Vietnam, as Singapore did, will gain much in publicity, image, tourism.

"Vietnam will come across as a cosmopolitan, peace-seeking state that is a legitimate neutral ground for this historic moment.

"The summit pageantry will cast Vietnam in a very positive light around the world. The summit will not only enhance Vietnam’s international stature but also its leverage vis-a-vis China and the US in the short-term."

The exact location of the venue for the summit is yet to be announced.