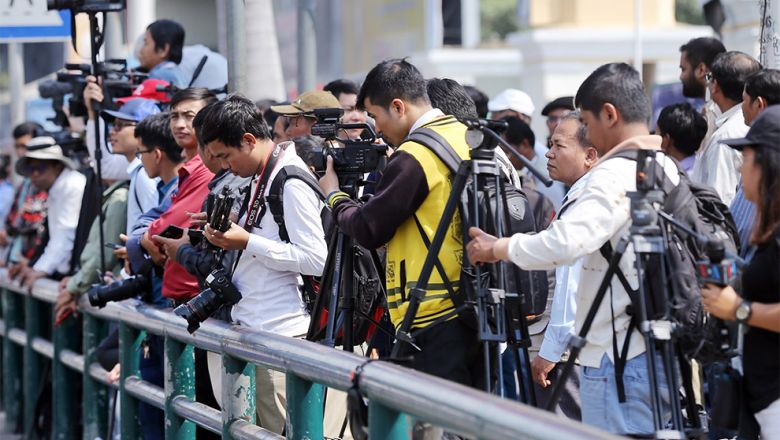 UNESCO has highlighted the importance of World Press Freedom Day, observed annually on May 3, noting that the current crisis is forcing the closure of many independent media outlets and forcing job-cuts and an overall reduction in the number of working journalists while increasing the trend towards political capture of media outlets by governments, their proxies and other business interests.

In a letter released on April 26, UNESCO promoted the idea of “information as a public good”, saying urgent policy shifts are needed to help support the independent news media outlets which underpin fact-based journalism internationally.

“Already, we face drastic losses … The result is that we live in ever-expanding ‘news deserts’ devoid of local coverage and journalists are increasingly working under precarious conditions,” the letter read.

UNESCO said there needs to be a media “new deal” – referencing the vast and wide-ranging government programmes and reforms enacted by former US President Franklin Roosevelt in response to the economic catastrophe of the Great Depression during the 1930’s – that secures the viability of a free and pluralistic media ecosystem, while also enacting safeguards for the editorial independence essential to journalism as a public good.

UNESCO added that this ongoing "collapse" of the media industry has occurred at the very juncture when the information independent media could make the difference between life and death for millions of people or between the ending of the pandemic and the indefinite extension of the crisis caused by Covid-19.

UNESCO also called upon internet and tech companies to be more transparent about what they are doing to promote information and to outline the steps they are taking to stop the distribution disinformation, arguing that enhanced transparency makes for better public accountability.

UNESCO also noted that citizens need to learn the skills necessary to discern good information from bad and to incorporate critical thinking about media consumption into their daily decision-making.

“This calls for a renewed national and international commitment to “walk the talk” and take concrete actions that demonstrate our shared commitment to the principle of accurate information as a public good,” it said.

Meas Sophorn, undersecretary of state at the Ministry of Information, said that in the context of Covid-19 the recent lockdown did not put any added pressure on any Cambodian media outlets and that the ministry had actually provided journalists with a special right to cover news in locked down areas and issued them special permits to travel while on duty – a privilege he said very few professions outside of those working in government have been granted.

“During this outbreak, the media profession’s practices in Cambodia are the same as ever and the scope of media coverage has remained the same. And if we compare the media industry from 2019 and 2020 to today, online media outlets have actually increased in overall number,” he said.

Sophorn added that this year, online media outlets had risen by over 100 new organisations with nearly 700 licensed outlets now in total. Additionally, over 4,000 press cards have been delivered to national and international journalists in Cambodia for this year, an increase of over 400.