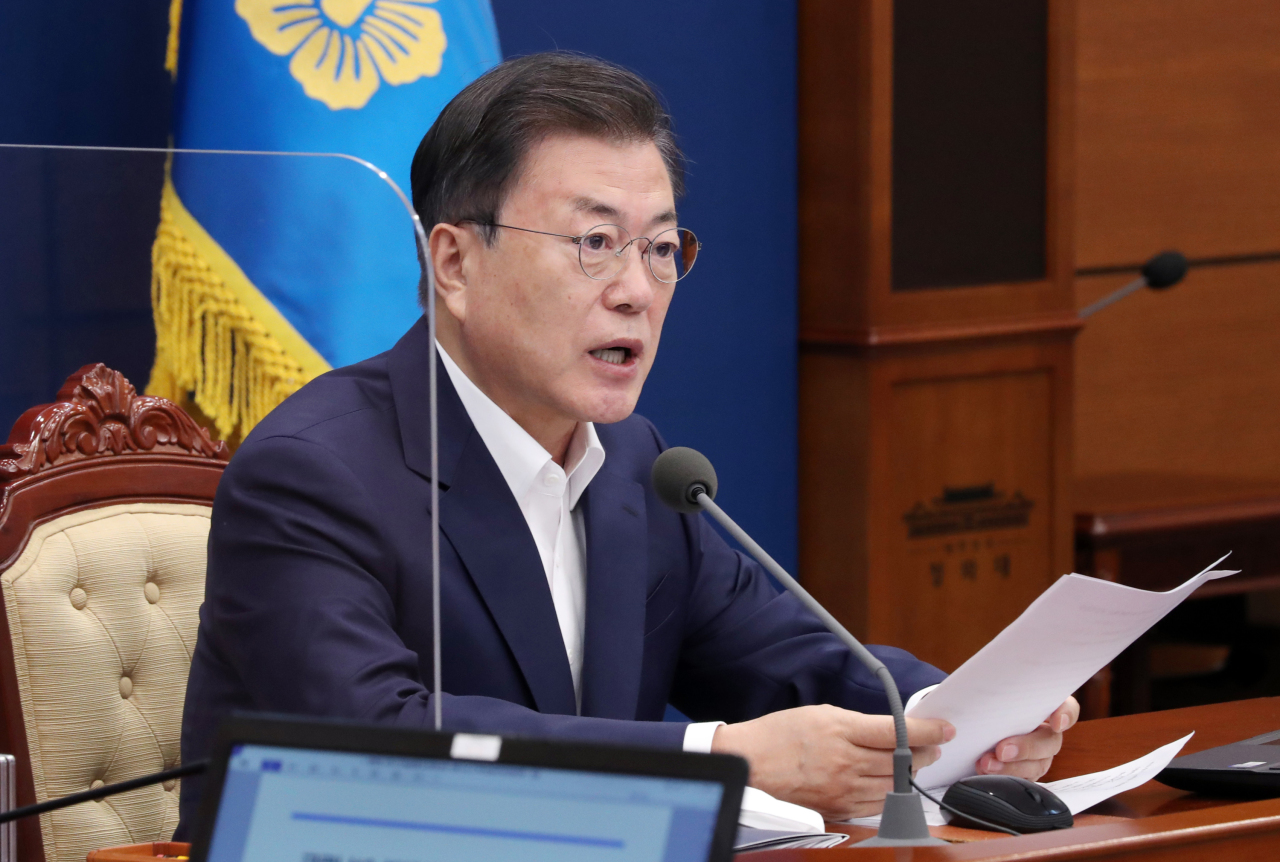 “Our nation, boasting the world’s second-largest production capacity of biomedicines, is getting renewed attention as a potential global hub for vaccine production,” Moon said in an urgent COVID-19 response meeting with related government offices.

“Three vaccines are already being produced or plan to be produced here, with talks ongoing for more deals. If South Korea becomes the global production hub, that would greatly help boost vaccine supplies both at home and abroad.”

Unlike the contract-manufactured AstraZeneca and Sputnik vaccines, the new Novavax vaccine will be produced under a license-in deal with the US drugmaker, which includes technology transfer that allows more efficiency and flexibility in managing production targets.

Last week, Moon invited Novavax CEO Stanley Erck to Cheong Wa Dae to agree on the extension of the existing one-year licensing contract for another year. As soon as the new vaccine gets regulatory approval here, the Korean manufacturer plans to start production with the aim of supplying the first batch of 20 million doses by the third quarter.

The Korean government is seeking to ink similar licensing deals with more vaccine makers, many of them based in the US. Speculation is already growing that the issue of hosting an Asian vaccine production hub in South Korea could be discussed at Moon’s upcoming summit with US President Joe Biden in Washington on May 21 along with other possible issues like North Korea and climate change.

The enhanced partnership is expected to be a win-win for both countries. Korea can secure a more stable supply chain of its own vaccine doses, not to mention more business opportunities for local manufacturers, while the US, under pressure to release more vaccines, can support its vaccine makers to bolster production for a speedier supply.

Experts say more details, including regulatory hurdles and budget plans for expanding production facilities and securing vaccine materials, should be discussed to realize the government’s vision for an Asian vaccine hub.

On Monday, Moon also urged government offices to speed up vaccinations and to share more information as ways to ease people’s concerns over a possible vaccine shortage.

The government aims to achieve herd immunity by inoculating 70 percent of the population by November.