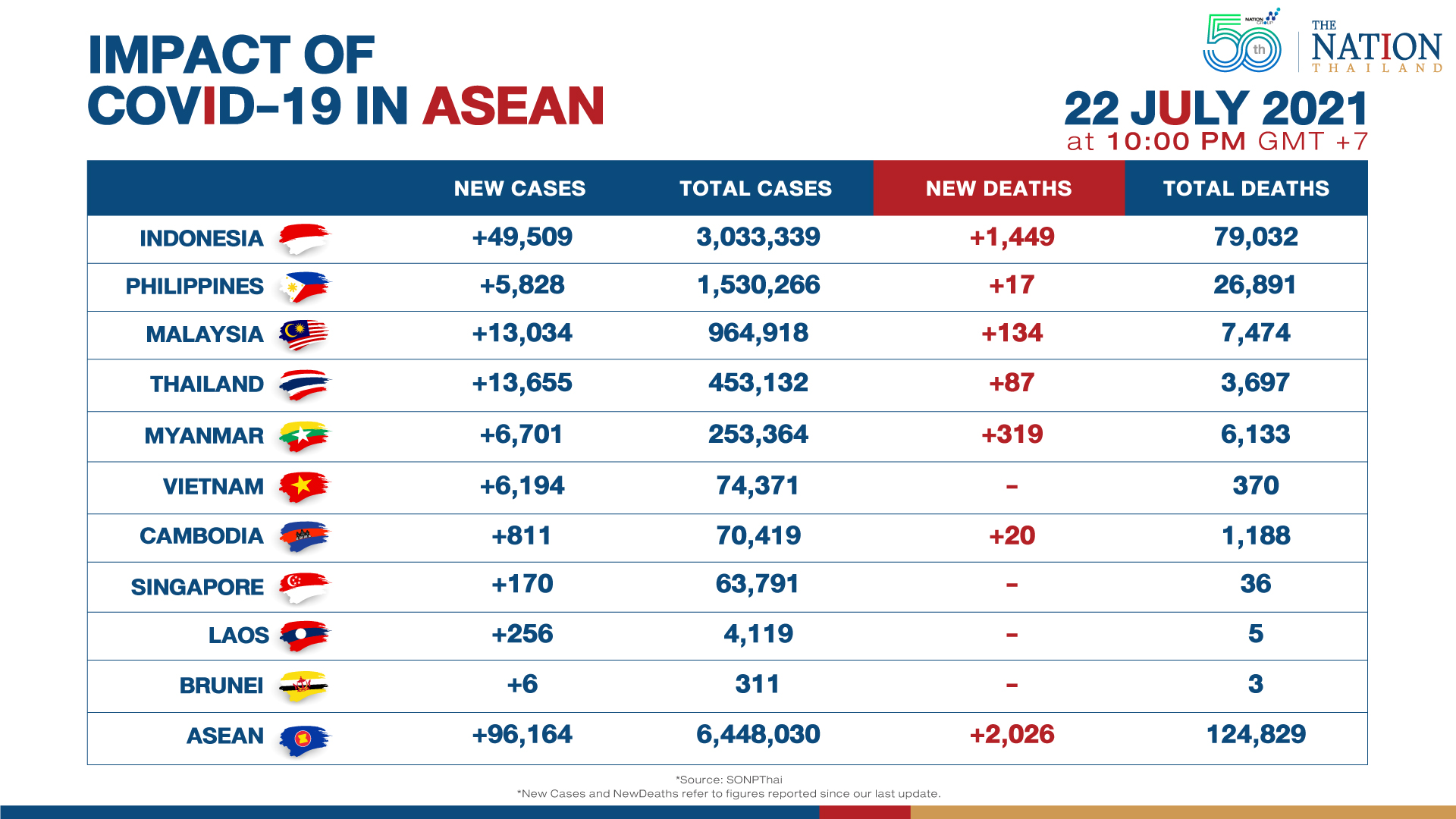 WHO tells Indonesia to expand lockdown, as Asean reports over 96,000 Covid cases

The World Health Organization (WHO) on Thursday urged Indonesia to immediately tighten measures and expand lockdown zones beyond Java and Bali islands to limit travel. WHO’s recommendation came after 13 out of 34 provinces of Indonesia have reported rapidly increasing infections at about 30 per cent of total people who have been tested, which is higher than the WHO’s limit of 20 per cent. The number of cases in Indonesia rose steeply from 33,772 on Wednesday to 49,309 on Thursday.

Meanwhile, Vietnam’s Vabioteh announced that it had successfully manufactured a trial lot of Sputnik V vaccine and had sent it to Gamaleya Research Institute of Epidemiology and Microbiology in Russia for quality testing. The project was funded by Russian Direct Investment Fund. The company expected that after getting approval it could manufacture the first lot of 30,000 doses within 30 days, and then increase manufacturing capacity to 5 million doses per month.