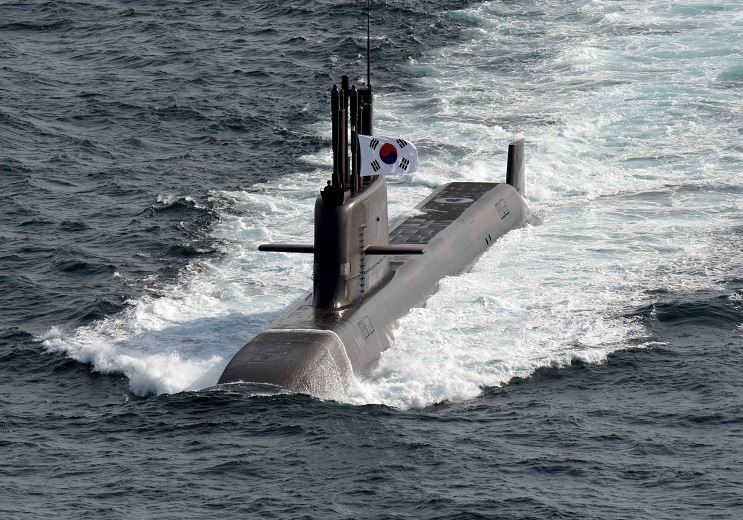 The military said Thursday it will pursue a homegrown missile defense system and a greater strike capability as part of a 315 trillion-won ($271 billion), five-year plan starting next year.

About 106 trillion won goes to bolstering defense capabilities to build weapons, such as anti-missile systems and ballistic missiles, while the rest is set aside to cover operating costs.

“We will have ironclad defense against North Korean fire targeting Seoul and the surrounding areas,” the Ministry of National Defense said, referring to the capital that is home to over 9 million people, nearly one-fifth of South Korea’s population.

The military plans to put up a missile shield, similar to Israel’s Iron Dome, to protect the capital, which is well within range of North Korea’s long-range rockets. The regime could be resuming nuclear reactors for weapons, according to the International Atomic Energy Agency last week.

The military is also looking to upgrade the Patriot, one of two anti-missile shields -- along with THAAD -- that makes up the country’s multilayered missile defense system. The Patriot takes down threats flying low, while the Terminal High Altitude Area Defense system intercepts higher targets.

Early warning radar systems will come along the way to mount an independent missile defense, according to the military, which noted it will work for a Korean Positioning System, much like the US-operated GPS, but with its own satellites unaffected by changes the US makes.

Advanced missiles will boost firepower in the meantime, the military added.

“We will see more lethal missiles -- including surface-to-surface and surface-to-air -- becoming operational. More accurate, long-range missiles capable of striking targets just right will be the deterrence,” the Defense Ministry said.

The military, which was cut loose in May from a Korea-US missile pact that had long capped Seoul’s missile program, is seeking better ballistic missiles. And the military is close to testing missiles carrying a warhead of up to 3 metric tons, according to a military official.

Experts said those missiles, which could hit anywhere in North Korea, would roughly match the power of tactical nuclear weapons and could destroy underground missile bases known as silos.

Meanwhile, the military is also eyeing warships and fighter jets to ensure its readiness.

The Navy, which has recently unveiled its first submarine carrying a submarine-launched ballistic missile, will locally build more 3,000-ton submarines. Seoul is close to greenlighting a nuclear-powered submarine, and is set to reveal its first light aircraft carrier by 2033.

The Air Force will see the US-made F-35, the latest stealth fighter jets, delivered to Seoul by December. The Air Force, which revealed in April a prototype of its first homegrown fighter jet that many see as a cheaper and less-stealth alternative to F-35, will fly the local jets as early as 2027, after flight tests.

But the five-year plan did not address the wartime operational control South Korea is expected to take over from the US. President Moon Jae-in, who leaves office in May next year, promised to make it happen during his tenure, but the two allies have been at odds over whether Seoul is actually ready.

Washington, which insists Seoul meet a set of conditions for the transfer to take place, has reversed its position and is now seen as reluctant to relinquish control over Korea’s 550,000-strong armed forces, backed by 28,500 American troops here, as the US seeks to rein in a more combative China in the region.