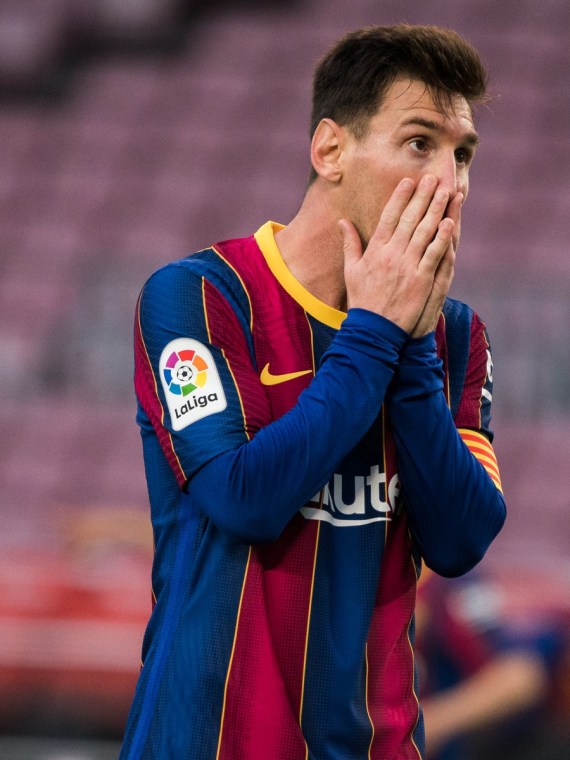 Due to financial and structural obstacles, Leo Messi and FC Barcelona will part ways, putting an end to their 21-year relationship.

FC Barcelona announced on Thursday that star striker Leo Messi will not continue at the club.

Barcelona confirmed the news with an announcement on their official website which brings to an end the 21-year relationship between the club and the Argentinean player.

The brief statement explains that "despite having reached an agreement between FC Barcelona and Leo Messi and with the clear intention of both parties to sign a new contract today, we have not been able to formalize the agreement due to economic and structural obstacles (Spanish LaLiga rules)," begins the statement.

"In the face of this situation Leo Messi will not continue his relationship with FC Barcelona. The two parties deeply lament that in the end they have not been able to fulfil the desires of the player and the club."

"Barca wishes with all of its heart to thank the contribution of the player in helping to make the institution greater and wishes him the best in his personal and professional life."

The news comes as a bombshell in the Spanish game after Messi returned to Barcelona from Ibiza (where he had spent time on holiday with his family) on Wednesday evening and it was fully expected that Thursday would see the confirmation of him signing a new 5-year-contract keeping him at the Camp Nou until 2026, when he will be 39-years old.

Instead, the news is that he is leaving.

The news is a huge blow for Barca president, Joan Laporta, who returned to the club in March saying he would work to keep the striker at the Camp Nou. Laporta maintained his optimism through the weeks of negotiations over Messi's new contract, even saying on Monday that "Every night I have sweet dreams when I think of Messi," and adding that the "negotiation is progressing well and along the lines we are thinking of - we are working on it: Messi wants to continue and we must ensure that he continues."

One of the main problems had been fitting Messi's contract into LaLiga's tough financial fair play regulations, but that issue looked to have been resolved on Wednesday when LaLiga announced an agreement with the investment fund, CVC Capital Partners, which will give Barca 270 million euros (40 million of which can be spent on signings and wages), enough to pay for Messi's new deal.

Making his first team debut as a 16-year-old in November 2003, Messi went on to make 778 first team appearances in which he scored a record 672 goals, including an all-time record of 474 goals in LaLiga. He has helped Barca win 10 LaLiga titles, 7 Copas del Rey, the Champions League on 4 occasions, as well as 7 Spanish and 3 European Supercups and 3 FIFA World Club Cups, while winning the Balon d'Or six times.

The news will now almost certainly start speculation that Messi will join either Manchester City or Paris Saint Germain.