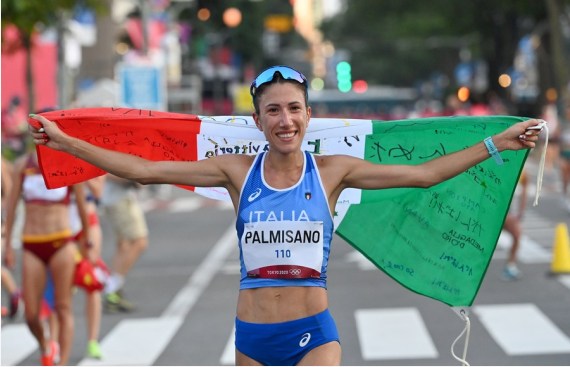 As Italy finished strongly at the Tokyo Olympics with 40 total medals, including 10 golds, the Italian Olympic Committee, experts and local media try to analyze the countrys sporting success.

Italy's headline-grabbing success at the Tokyo Olympics may have added to the country's sports bragging rights this summer. But there doesn't seem to be a consensus on what is behind its record haul of Olympic medals.

When the Olympics concluded on Sunday, Italy had 10 gold medals, equal to France, Germany, and the Netherlands by that measure. But with 40 total medals - including 10 silver and 20 bronze medals - Italy became the first among the 27 European Union member states.

The total was also a dozen more than the country earned at the 2016 Rio Olympics, and four more than the previous national record set at the 1960 Rome Games. Based on total medals, Italy was seventh in the final ranking.

But there's no clear-cut theory on why the country's athletes did so well.

According to Giovanni Malago, president of the Italian Olympic Committee, smart investments and organization are behind the wave of Olympic victories.

"Over the last several years, when we make a commitment we see it through to the end," Malago told local newspaper Corriere della Sera. "We have made major efforts to organize sporting events around the country and we have given visibility to companies that have trusted us, and now, today the credibility of Italian sports is at the highest level."

Il Fatto Quotidiano, another leading newspaper, speculated that the successes come from a changing focus on athletes, noting that the country earned no medals at all in fencing, shooting, and the team sports - usually Italian strongholds - but instead took in record hauls in swimming and track and field. The newspaper noted that Italy's 40 medals came from 19 different sports, more than the medals in 17 sports, the previous record for Italy, from Athens in 2004.

"This is a tangible sign of how sport in Italy is headed in a new direction," the newspaper said.

The point is well taken: Italy's victory in the men's 100 meters came from the country's first-ever appearance in that Olympic final. The men's 4x100-meter relay gold was the first for the country. High-jumper Gianmarco Tamberi, who tied for first in the event with Qatar's Mutaz Essa Barshim, was the first Italian to ever earn a medal in his event. Italy also won both 20-kilometer race walks, with Antonella Palmisano winning the women's title and Massimo Stano taking the men's crown.

According to Giovanna Russo, a professor of sports sociology at the University of Bologna, the Italian team's diversity was a major factor.

"We can look at the gold medal-winning 4x100 meter relay team that was a microcosm of the team as a whole," Russo told Xinhua, referring to the team that featured 100-meter gold medalist Lamont Marcell Jacobs, born in the United States to an African-American father and an Italian mother; Fausto Desalu, born in Italy to Nigerian parents; together with Lorenzo Patta and anchor Filippo Tortu, who are of fully Italian descent.

"I look at the success at the Olympics as a symbol of the new, more inclusive Italy," she said.

But Antonio Polito, a columnist for Corriere della Sera, took a different view. While Polito praised the winners, he also gave the credit to a new, young generation of Italians - and not just athletes. Polito noted that before the Olympics this summer saw unusual success in winning football's European Championships, earning a spot in the Wimbledon tennis final for the first time, and even winning the Eurovision Song Contest for the first time since 1990.

"Unlike other countries, there aren't many areas of Italian life where young people have an advantage over older generations," Polito told Xinhua. "Italy is no longer a place where a hard-working young person without connections can hope to excel in the workplace. But our youth unemployment is among the highest in the industrialized world. There is no future for young people in politics. So all the talent and enthusiasm is being funneled into a few key areas, like sports or music. Areas where success is based on merit."

Polito said this change has not helped Italy to over-achieve at the Olympics, but rather to take its rightful place among its peers.

"Italy's success seems strongest compared to its previous results, not compared to other countries," he said.

Polito went on: "Italy didn't really exceed expectations," he said. "We basically had the level of success we should have had. But that's a new thing."