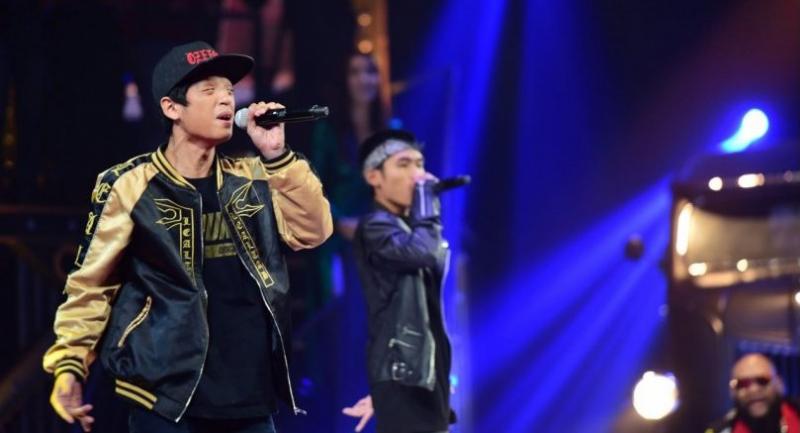 ONE OF THE most disabling aspects of being blind is not the inability to see, but the limitations and low expectations often placed on the individuals concerned by others.
Amnart Srisang, though, is out to prove them wrong. The 16-year-old, who was born blind, has not only showcased his undoubted musical talents on TV reality show “The Rapper” but has just taken part in the “Exclusive Triathlon Training Session 2 by CIMB Preferred”.
“I need to prove that it is possible to have a successful and independent life without being able to see,” says Amnart. “I have often been dismissed because I am blind but I have never felt discouraged because my parents and siblings understand me and support me.”

Born and raised in the northeast province of Buri Ram, Amnart didn’t fully understand what blindness meant until he started school and was teased by his friends.
At the age of eight, he was sent to the Bangkok School for the Blind to continue his studies and it was here that his love for music was sparked. A particular favourite was underground rapper Illslick.
“I listened to his five songs for months on end, loving the way he blended R&B and rap in a slow jam. Rapping in Thai is much harder than in English. But his songs aren’t hard to listen to because of the beautiful melodies,” the teenager says.
Amnart was 10 when he wrote his first love song and played it for a student he fancied to let her know he was sincere in his affections.
He continued to write, composing the music on his guitar and adding the lyrics. “I memorised 16 songs because I didn’t have enough money to buy something to record the on,” he laughs.

Amnart challenges himself by participating in a triathlon event.

“Sometimes, I downloaded only the beats or backing track of a rapper’s songs then added my own lyrics. That’s quite common in hip hop and R&B culture.”
Amnart started listening to other genres, including Thai country folk when he joined the school band. At 14, he wrote “Khor Aphai Jai Ther”, and uploaded it to his YouTube channel under the penname Ozeeoos. The song earned more than 300,000 views.
“I learnt about writing songs from grooves and rhymes, as well as flipping and flowing, after listening to the recordings of several artists,” he explains”. I used my guitar to score ‘Khor Aphai Jai Ther’, which took me about half an hour to write.”
He admires foreign rap artists Tupac Shakur, Snoop Dogg and Wiz Khalifa but says Eminem is his favourite due to his straightfor- wardness and reflections on his life. “Hip hop is like a mirror that reflects the story of a man or his thoughts,” he reasons.
Under the name Ozeeoos, Amnart took part in reality TV show, “The Rapper” and performed a cover of Sek LoSo’s “Khuen Jan” during the audition. He passed the audition but was eliminated in the Battle Round against Singha Noi.
“My blindness is like the proverb Sen phom bang phukhao [When you hear hoofbeats, think horses, not zebras], and I accept that people have low expectations of the blind. Although I was eliminated in the Battle Round, I have continued to write songs and upload them to my channel,” Amnart says.
Last year, Amnart performed a live rap without music for his mother to mark Mother’s Day, a number he repeated on “The Rapper”. He also worked with fellow rapper Danm Sweet on “Mued” (“Blind Heart”) and has just released his self-produced new single, “Right Here”, which reached a million views on YouTube with one week of being uploaded.
“I would like to have a fixed income. I’m happy to work on my songs and really don’t want to hang around waiting for help. This reality show has made me better known and I have earned more followers and well as acceptance from other rappers. Right now I’m poised at one side of the bridge and need to cross over it so I can really get going with my Ozeeoos Production Studio. And I’ve received an email from American rapper Conscious asking me to join with him on a musical work,” says Amnart.
A keen sportsman since childhood, Amnart believes in pushing himself to the limits. At the age of six, he was selected for a junior national swimming event but refused to take part. Recently, he was a special guest at “Exclusive Triathlon Training Session 2 by CIMB Preferred”.
“I just wanted to prove to myself whether I could do it or not. A sporting career wouldn’t bring me stability, I know that. And anyway, I want to dedicate myself to studying and making music,” says Amnart.

You can catch Amnart Srisang in “The Rapper Concert” taking place at Hall 106 of Bitec Bangna on September 22 at 7pm, along with Joey Boy, Khan Thaitanium, Golf F--king Hero, Twopee Southside, UrBoyTJ, and Poojan Long Mic.
Tickets are now available |at Thai Ticket Major counters and online at www.ThaiTicketMajor.com.