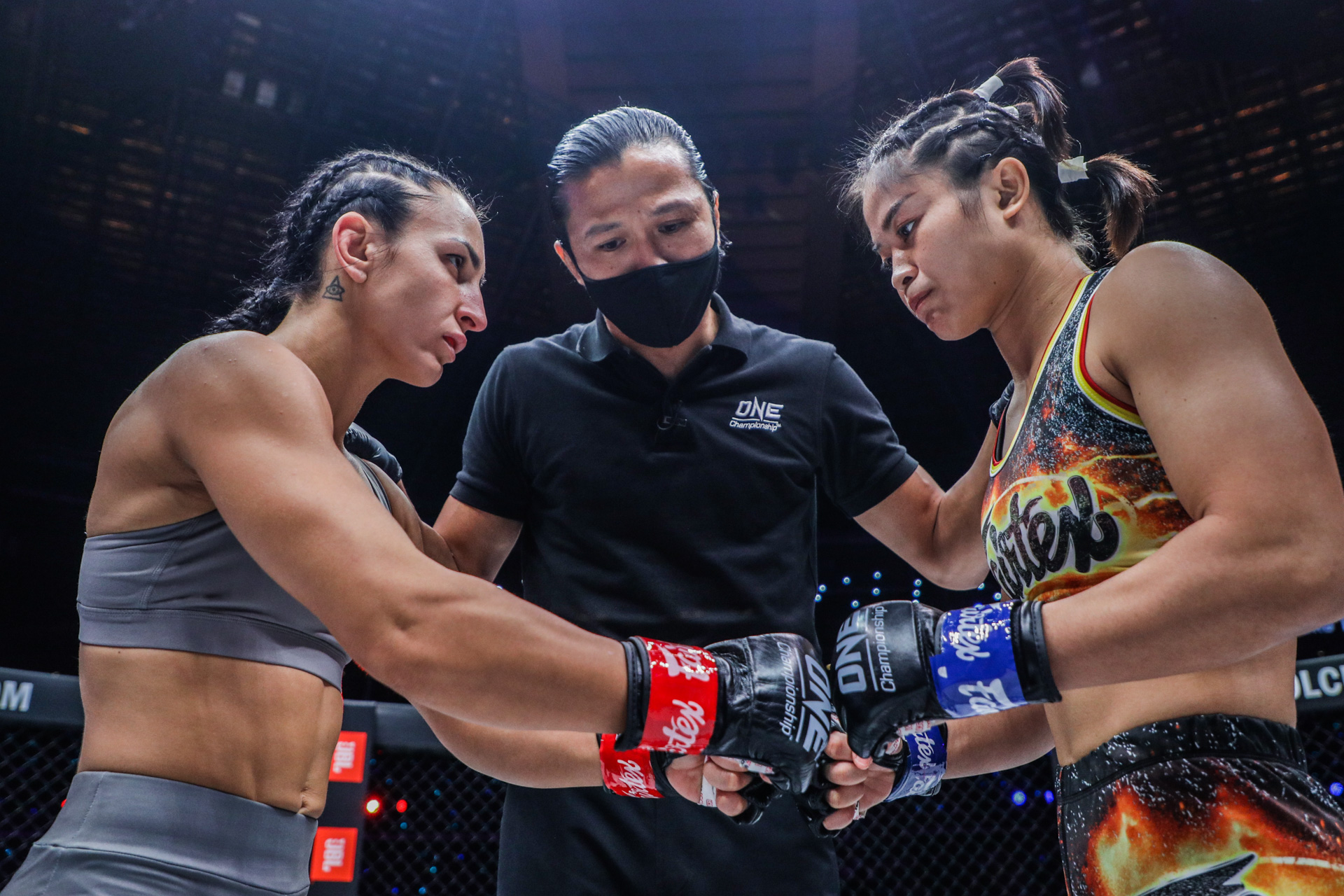 Singapore: ONE Championship™ (ONE) returned with the historic all-female event, ONE: EMPOWER, which aired live from the Singapore Indoor Stadium on Friday night. The show featured the highly anticipated ONE Women’s Atomweight World Grand Prix quarterfinal matchups, the promotional debut of a pound-for-pound kickboxing icon, and a showdown for the ONE Women’s Strawweight World Title.

Xiong peppered Nicolini with beautiful boxing combinations to open the contest, staggering the Brazilian with a plethora of right hands on multiple occasions. Nicolini tried her best to move forward as she looked to grapple, but she couldn't bridge the gap. The Chinese superstar continued her onslaught in the championship rounds, as Nicolini simply had no answer for Xiong's impeccable striking. All three judges scored the bout in favor of Xiong to win by unanimous decision, as she earned her fifth successful ONE Women’s Strawweight World Title defense.

In the co-main event, #5-ranked atomweight Seo Hee Ham figured in an absolute war with #1-ranked Denice Zamboanga to win by split decision, punching her ticket to the ONE Women's Atomweight World Grand Prix semifinals. Zamboanga looked to close the distance early, entering the clinch in an attempt to bring the action to the ground. Ham tried to keep the Filipina at range by attacking with jabs and then throwing left hands down the middle. In the third round, Zamboanga exploded with a powerful takedown, but Ham battled right back on the feet to close out the fight.

In a highly anticipated rematch, #4-ranked atomweight Stamp Fairtex won a split decision in a close back-and-forth battle with #3-ranked Alyona Rassohyna. Rassohyna started off strong on the feet, bringing the fight to Stamp. The Thai athlete responded by securing the Ukrainian's back on the ground and threatening with a rear-naked choke. In the third round, Rassohyna caught Stamp in an armbar, but the latter escaped and used her ground-and-pound to deal serious damage. In the end, Stamp earned the split decision victory on the scorecards to advance to the tournament semifinals.

Indian wrestling star Ritu Phogat survived a first-round onslaught from #2-ranked atomweight Meng Bo, storming back to earn a unanimous decision and advance to the Grand Prix semifinals. Meng rocked Phogat with a smashing right hand in the opening frame and then threatened with an armbar, but "The Indian Tigress" showed incredible heart to reach the bell and came alive in the final two rounds. Utilizing her superior wrestling skills, Phogat blasted Meng with knees and elbows from top position to dominate the rest of the way.

Itsuki Hirata advanced to the Grand Prix semifinals with a comprehensive victory over a fearless Alyse Anderson. Behind a strong judo base, Hirata consistently took Anderson to the mat with ease, pounding on the American with elbows, fists, and knees from top position. Anderson dropped Hirata in the third round with an overhand right, but the Japanese fighter recovered and went right back to work to earn the unanimous decision.

Pound-for-pound kickboxing superstar Anissa Meksen made a spectacular ONE Super Series debut, annihilating Cristina Morales to win by second-round knockout. Morales was game and came forward with furious combinations, but Meksen proved sharp and accurate. She broke Morales down with thudding left kicks to the body, eventually earning the finish with punches to the head at 2:27 of round two.

In an action-packed ONE: EMPOWER lead card, Jackie Buntan delivered a full-on assault, hurting Daniela Lopez in every round to secure a clear-cut unanimous decision victory. Meanwhile, Julie Mezabarba put together an impressive performance in her ONE Championship debut, dominating veteran Mei Yamaguchi to cruise to a unanimous decision in their ONE Women's Atomweight World Grand Prix alternate bout.