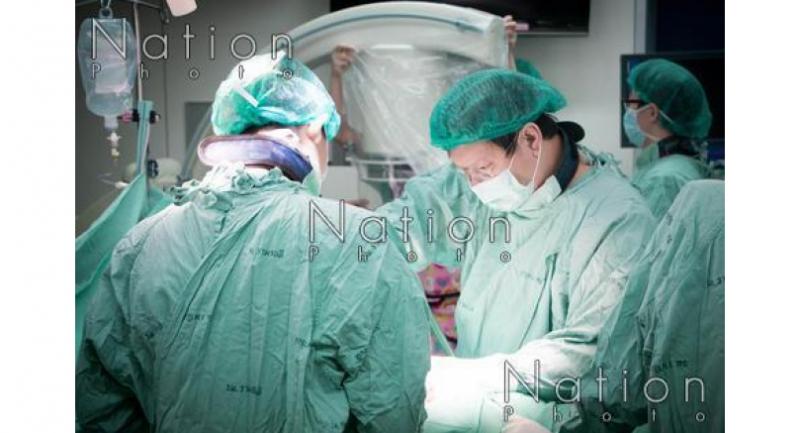 By PUANGCHUMPOO PRASERT
THE SUNDAY NATION

Robot-assisted surgery reportedly reduces the chance of mistakes to less than 1 per cent and shortens the time spent inserting surgical screws from up to two hours to just 20 minutes.

The surgery will be made available to all patients who require it regardless of the healthcare package they use, he said.

The Ramathibodi Foundation, which purchased the medical robot used in the procedures for Bt40 million, will also help with medical bills of low-income patients who require such surgery, he said.

Neurosurgeon Dr Sorayouth Chamnanvej said the Renaissance Robot, which was developed in Israel and has received the approval of the US Food and Drug Administration, in the first phase of procedures helps to set the target and direction of spinal screw placements.

Data from the doctor’s diagnosis and a digital X-ray of the patient’s spine is input into a computer to guide the robot’s actions, then it is placed on the patient’s back for further examination and assessment before the actual surgery is carried out, Sorayouth said.

The robot has a window of error of less than one millimetre, he added. Apart from placing spinal screws, the robot can also help in vertebroplasty (or stabilising vertebrate fractures), spinal biopsy and brain surgery.

“This technology will boost precision in spinal screw-placing, reduce the chance of a screw cutting into spinal nerves resulting in a patient’s disability, or cut into a blood vessel resulting in the patient’s death on the surgery table,” Sorayouth said.

“While research shows that the human error margin in surgery can stand at 10 to 40 per cent, the robot’s error margin is less than 1 per cent,” he said.

The doctor added that it also reduced the screw-installation time from one to two hours to just 10 to 20 minutes.

The hospital had already employed the robot in five spinal stenosis surgeries, alleviating the choking of nerves in the spinal cord, on patients, all of whom were over the age of 50, he said.