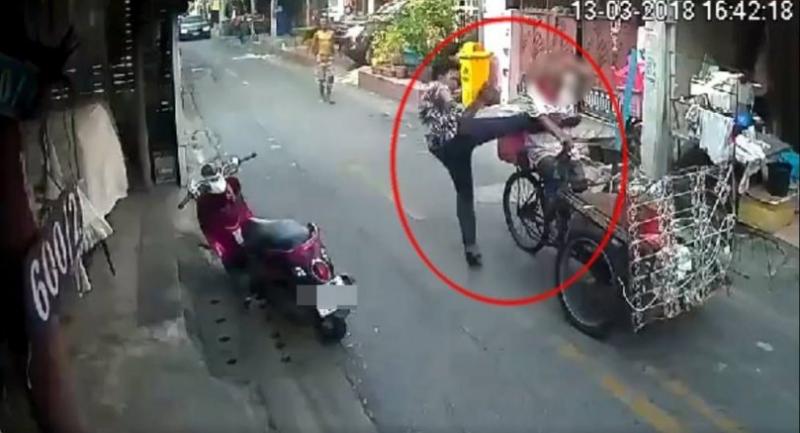 Justice Ministry permanent secretary Wisit Wisitsora-at on Thursday presented more than Bt100,000 in assistance money to the family of an 82-year-old Bangkok garbage scavenger who died last month after being kicked and beaten following a minor collision.

Jaroon died in hospital on March 29, 16 days after he was assaulted by Narathorn Sodetiyung, 21, whose motorcycle bumped into the elderly man’s tricycle in a narrow soi in Huai Kwang district.

Narathorn has been charged with causing death by inflicting injury without intent to cause death, for which he could be imprisoned for 3-15 years.

Wisit said police were still gathering evidence but would soon forward the case to prosecutors who would decide whether an indictment was justified.

The family was compensated in accordance with the Damages for Injured Persons Act and Compensation and Expenses for the Accused in Criminal Cases Act.

Wisit said the ministry would also provide the family with legal advice if they decide to sue for additional compensation in Civil Court.