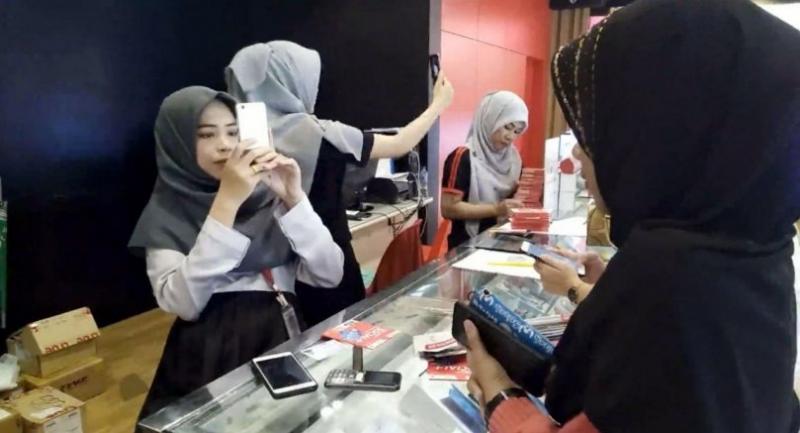 RIGHTS DEFENDERS raised concerns yesterday over the move to force all |cellphone users in the restive South to submit their pictures for facial-recognition identification.
Those who fail to do so by October 31 would have their cellphone service blocked.
“The use of facial-recognition technology risks violating people’s privacy and freedom. It also mean users could be discriminated against,” the Cross Cultural Foundation said yesterday.
The foundation says telecom firms might have decided to collect the pictures of cellphone users in the deep South in response to a policy of security agencies that has led to racial profiling.
“Racial profiling may lead to the arrest and prosecution of the innocent,” the foundation added.
The deep South refers to the predominantly Muslim Pattani, Narathiwat and Yala provinces and also four border districts of Songkhla, namely Chana, Na Thawi, Saba Yoi and Thepha. These areas have been hit by insurgency-related violence that has claimed thousands of lives over the past 15 years. Victims have included security officials and civilians.
In the face of the violence, the region is under an emergency decree with a heavy military presence and limitations on people’s basic rights.
Cross Cultural Foundation director, Pornpen Khongkachonkiet, said the National Broadcasting and Telecommunications Commission (NBTC) should publicly explain why cellphone users’ photos must now be collected and what assurances service providers would offer that images would not be leaked to unauthorised persons.
“We are worried that these pictures may be abused,” Pornpen said.
She said that in her experience, a suspected insurgent arrested for possessing a single gun could easily be charged with 10 more offences, often without grounds.
“What charges will a person face if his SIM card happens to be found at a crime scene?” she asked.
Korreeyor Manuchae, an independent lawyer and a Yala resident, said many locals did not trust state officials and were thus wary of the requirement to submit their pictures.
“We don’t oppose the move. But we are worried about it,” she said. She added that family members of suspects were often coerced into providing DNA samples by security agencies.
National Human Rights Commission (NHRC) member Angkhana Neelapaijit is among those who received a surprise short text on her cellphone from ISOC4, telling her to re-register her SIM card with her picture on June 21.
ISOC4 is associated with the Internal Security Operations Command Region 4, the agency tasked with security matters in the deep South.
“People’s rights and freedom can be restricted when there are sound reasons. So, the Internal Security Operations Command [ISOC] and telecom firms involved should explain how cellphone users’ data will be used and who can access it,” Angkhana emphasised.
Colonel Pramote Prom-in, spokesman for the Forward Command of the ISOC4, said the ISOC had simply helped raise awareness of the timeframe fin which people must submit their photos.
“But we have not sent any short text messages to all cellphone users. We don’t know their numbers,” he said. Earlier, he complained of how SIM cards sold online were often used in bomb attacks in the deep South.
Though criticism and concern are growing about the facial-recognition requirement for deep South cellphone users, some locals are willing to embrace the new rule.
“I think it’s a good step to increase safety in the region,” Thanom Petchmanee said as she had her photo taken for her SIM card in Yala province.
Prime Minister General Prayut Chan-o-cha, meanwhile, urged residents of the deep South to comply with the new rule.
“Just a photo is needed to prove your identity,” Prayut said. “It’s not a violation of rights.”